Jason Hickel is an anthropologist at the London School of Economics and a Fellow of the Royal Society of Arts. He is originally from Swaziland and spent a number of years living with migrant workers in South Africa, studying patterns of exploitation and political resistance in the wake of apartheid. Alongside his ethnographic work, he writes about global inequality, post-development and ecological economics, contributing regularly to the Guardian, Al Jazeera and other outlets. He serves on the Labour Party task force on international development, works as Policy Director for /The Rules collective, and sits on the Executive Board of Academics Stand Against Poverty. His work has been funded by the Fulbright-Hays Program, the National Science Foundation, the Wenner-Gren Foundation, the Charlotte Newcombe Foundation and the Leverhulme Trust. He lives in London. 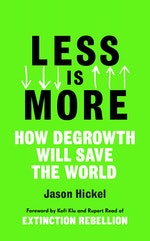 Be the first to find out about Jason Hickel.