Jim Telfer has been a mainstay of Scottish rugby since the early 1960s. In the '90s, he took over as the Scottish Rugby Union's first full-time director of rugby. A third Grand Slam and a Five Nations win book-ended that decade, and he retired from the game at the end of 2003.

David Ferguson is the chief rugby writer with The Scotsman. He has reported on rugby across Scotland and abroad for the past 16 years, covering several World Cup tournaments and British and Irish Lions tours. 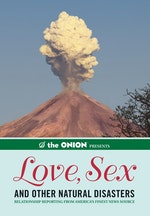 Be the first to find out about Jim Telfer.