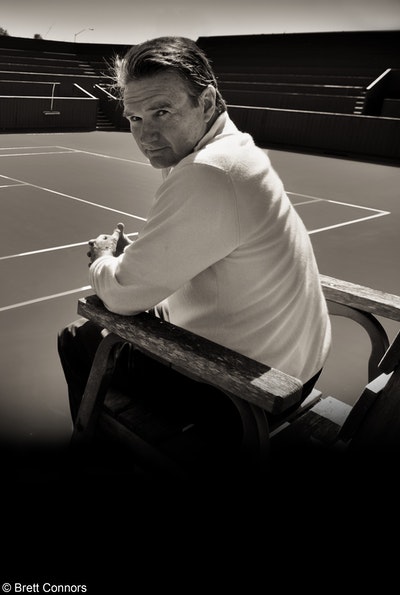 Book for an event
jimmyconnors.net

Jimmy Connors was born in 1952 and grew up in East St Louis, Illinois, learning his tennis under the tutelage of his mother Gloria. He became Under-16 national champion and won a scholarship to UCLA, but after winning the Inter-Collegiate Singles title, quit his studies in January 1972 to turn pro.

He won his first major title in the men's doubles with Ilie Nastase at Wimbledon in 1973 and the following year won not only his first Wimbledon singles title but the Australian and US Open too. He went on to win eight Grand Slam singles titles in total, including Wimbledon again in 1982, beating John McEnroe in an epic final. He was the first player to win Grand Slams on all three surfaces (grass, clay and hard), won a record 109 tournaments in his career, was world number one for 268 weeks - over five years - and was still playing at the highest level in his forties.