Illustrator Joanna Concejo (1971-) graduated from the Academy of Fine Arts in Poznan, Poland. Her work has been exhibited in salons and exhibitions France, South Korea, Portugal, and the Bologna Children's International Book Fair where her work won a Bologna Ragazzi Award Mention, and many other places. She is author and illustrator of books published in Poland, France, Italy, Switzerland, Spain, and South Korea. In 2013 she was Winner of the IBBY Book of Year for graphic design (for Ksiaze w cukierni / Prince in a pastry shop, Format Editions), and in 2018 received a Mention/Fiction (for Zgubiona dusza / The Lost Soul). She lives outside of Paris, France. Translator Antonia Lloyd-Jones has translated works by several of Poland's leading contemporary novelists and reportage authors, as well as crime fiction, poetry, and children's books. Her translation of Drive Your Plow Over the Bones of the Dead by 2018 Nobel Prize laureate Olga Tokarczuk was shortlisted for the 2019 Man Booker International Prize. She is a mentor for the Emerging Translators' Mentorship Programme, and former co-chair of the UK Translators Association. 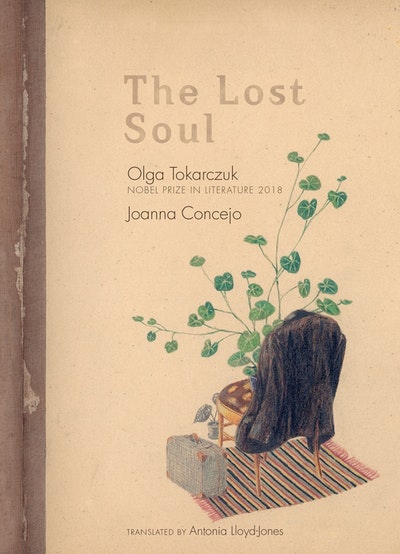 The only book in English for readers of all ages by Nobel Prize-winning novelist Olga Tokarczuk is a beautifully illustrated meditation on the fullness of life.