He was born at Te Kao, Northland, the thirteenth of fourteen children. His second name commemorated the great leader Te Puea Herangi’s visit to Te Pao and his family always called him Matu. His father Eru Timoko Ihaka was a prominent Anglican and a friend of Apirana Ngata. Kingi's great-grandfather, Paraone Ngaruhe, signed the Treaty of Waitangi on behalf of Te Aupouri.

Despite growing up in hard times, education was valued by Kingi’s parents. So was their Anglican faith, and prayer and music played a large role in their family life. Kingi was a good student who enjoyed books and music. He grew up fluent in Maori and English as his mother Te Paea Nepia spoke only Maori.

When Kingi left school he worked as a clerk in the Native Department, trained as an interpreter and as an Anglican minister, and served in many various roles in the Church until his retirement.

He had a beautiful, deep singing voice and throughout his life was deeply involved in a number of community organisations and cultural groups, composing music and training choirs. A founding member of the Putiki Maori Club and a tutor of adult education at Ngati Poneke Maori Club, Ihaka published a collection of Maori proverbs and popular sayings, and regularly contributed to the ‘Maoritanga’ programme on national radio.

He was knighted in 1989 for his services to the Maori people and in 1990 became Maori Language Commissioner.

He died in 1993 and was buried at Purewa Cemetery in Auckland.

Remembered for his careful management of organisational change, his accessibility to Pakeha as well as Maori and his commitment to excellence, he left behind a number of musical works including A Pukeko in a Ponga Tree, his enduringly popular adaptation of ‘The Twelve Days of Christmas’. 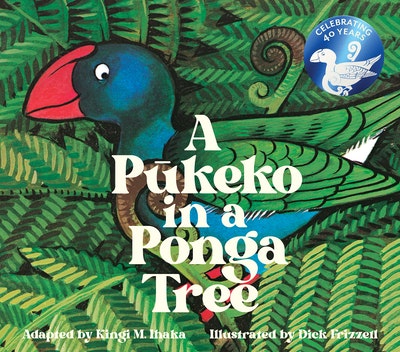 A wonderful New Zealand adaption of the popular song The Twelve Days of Christmas.