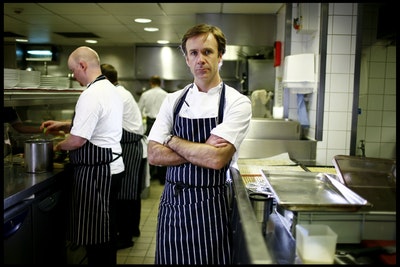 Lancashire-born Marcus Wareing began his restaurant career at The Savoy, aged just eighteen, before moving to work alongside Albert Roux at Le Gavroche. In 1993 he became sous chef at Gordon Ramsay's Aubergine restaurant and then, in 1999, with Ramsay's backing, he opened Pétrus in The Berkeley hotel in London's Knightsbridge. Pétrus won its first Michelin star within seven months of opening and went on to be awarded a second star in 2007 as well as the AA's ultimate accolade of five rosettes.
Marcus also ran The Savoy Grill between 2003 and 2007, restoring it to its former glory and acheiving its first-ever Michelin star. Pétrus was relaunched as Marcus Wareing at The Berkeley in 2008 with Marcus taking over full ownership.
He lives in London with his wife, Jane, and their three children, Jake, Archie and Jessie. 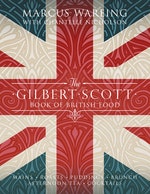 Be the first to find out about Marcus Wareing.