The late Ngaire Thomas grew up, married and raised her children within the Exclusive Brethren church in the Palmerston North area of New Zealand. In her bestselling biography Behind Closed Doors she tells first-hand one family’s experience in the Exclusive Brethren community in New Zealand. Although they tried hard to live a good life within the church, so they could remain within this close but challenging community, they were eventually excommunicated. Behind Closed Doors is an ‘an arresting insider’s view’ (Air New Zealand magazine) of the Brethren. It recounts life leading up to the excommunication, and describes the trauma of adjusting to life on the outside and its devastating effects on her children. The Waikato Times called the memoir ‘a timely insight into the dark side of religious absolutism’, while Stimulus found it ‘compelling’ and ‘non-judgemental’, and provided ‘a valuable and absorbing window into a religion that is for most of us inaccessible’. Thomas later became a Quaker. 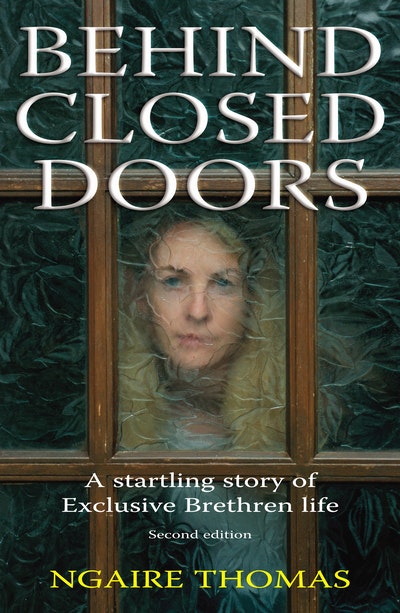