Robert Cialdini has spent his entire career researching the science of influence, earning him an international reputation as an expert in the fields of persuasion, compliance, and negotiation. Currently Dr Cialdini is Regents' Professor Emeritus of Psychology and Marketing at Arizona State University.

In the field of influence and persuasion he is the most cited living social psychologist in the world today. According to Dan Pink’s current bestseller, To Sell is Human, 'Cialdini has done more to advance the scholarship of persuasion than anyone in the world.'

As well as his bestselling books, his ground-breaking research has been featured in the most prestigious of scientific journals as well as on TV, radio and in the business and national press throughout the world. An interview with him in the July-August 2013 issue of Harvard Business Review, titled 'The Uses (and Abuses) of Influence', calls him the 'leading social scientist in the field of influence.' The May 2014 issue of Inc. identifies him as one of the 'Top 50 Leadership and Management Experts in the World'.

He lives in Phoenix, Arizona. 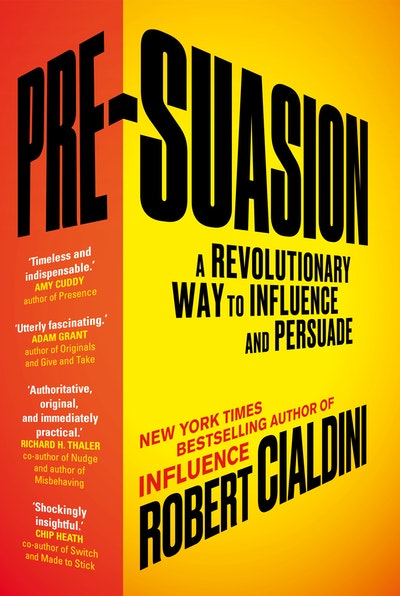 A revelatory exploration of the science of persuasion, from the author of the international bestseller, Influence.