Growing up in Dunedin, Robin Walters (Te Rarawa, Te Aupouri, Ngati Hine, Ngati Manu and Nga Puhi) was heavily engaged in the art world through his father. Robin pursued photography while at Otago Boys High School but did not perceive it as a way to earn a living until he arrived in London and found himself assisting some of Europe’s most well known fashion photographers.

From there, Robin went on to becoming a photographer in his own right and followed the natural progression that led to cinematography. He is now one of Australasia’s most renowned comedy film and commercial directors. With a host of awards to his name, Robin has a unique cinematic style that demonstrates not only his years of photographic experience but also a deep understanding of humanity and an ability to tell its stories with sensitivity and a distinctive appreciation of everyday beauty. 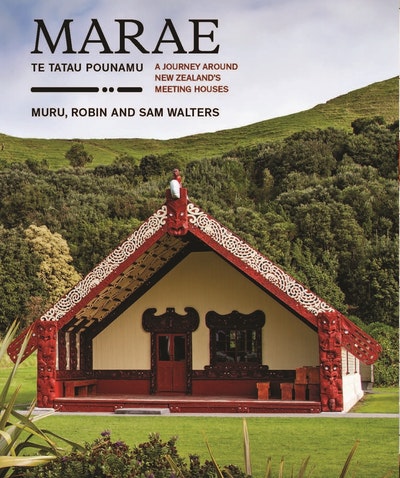 A magnificent, prize-winning documentation of and tribute to New Zealand's wharenui, big and small.