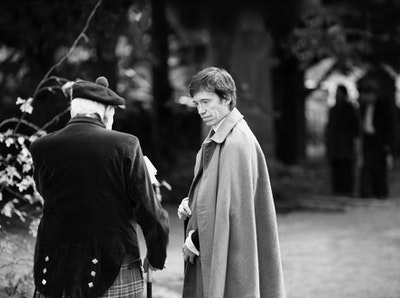 Rory Stewart was born in Hong Kong in 1973. After a brief period in the Army, he joined the Foreign Office, serving in Indonesia and the Balkans. His account of the last section of his 6,000 mile walk across Afghanistan is described in The Places In Between; and his time as a deputy-governor of two provinces in Southern Iraq in Occupational Hazards. His books have sold over half a million copies, been translated into nine languages, and been awarded several prizes including the Ondaatje Prize of the Royal Society of Literature. He is now the Member of Parliament for Penrith and the Border. He lives with his wife and young son in Cumbria and London.

MP and travel writer Rory Stewart traverses the borderlands between England and Scotland, musing on history, memory and landscape ‘This is travel writing at its best.’ Katherine Norbury, Observer An Observer Book of the Year

Be the first to find out about Rory Stewart.