Steve Leder is the Senior Rabbi of Wilshire Boulevard Temple in Los Angeles and the author of such critically acclaimed books as The Extraordinary Nature of Ordinary Things and More Money Than God: Living a Rich Life Without Losing Your Soul. He is a graduate of Northwestern University; studied at Trinity College, Oxford; and was ordained at the Hebrew Union College. He is a recipient of the American Jewish Press Association's Louis Rappaport Award for Excellence in Commentary and the Religious Action Center's Kovler Award. Newsweek magazine named him one of the 10 most influential rabbis in America. Rabbi Leder lives with his family in Los Angeles.
Website (Wilshire Boulevard Temple): www.wbtla.org 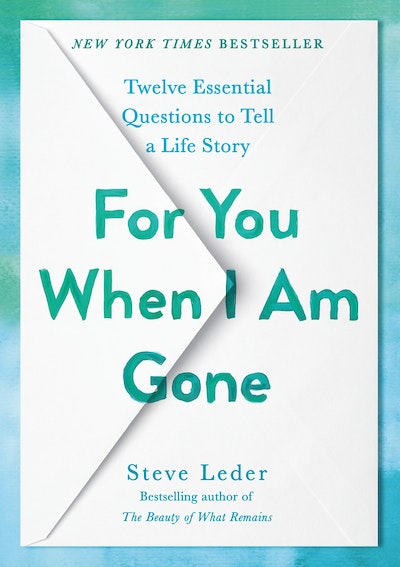 For You When I Am Gone
Steve Leder
Read more