Sue McCauley is an award-winning fiction writer, a journalist and a scriptwriter. Born in Dannevirke, she grew up in rural Hawke’s Bay and attended Nelson Girls' College as a boarder, before becoming a copywriter and journalist. Her first writing was in short stories and plays for radio and television. She has subsequently taught script and fiction writing, and has judged story competitions.

Her first novel, Other Halves (1982), won the Wattie Book of the Year Award and the New Zealand Book Award for Fiction. This autobiographical exploration of a Pakeha woman and a much younger Maori man became a perennial bestseller and was made into a film. The novels Then Again (1986; shortlisted for the 1987 Watties Book Awards), Bad Music (1990) and A Fancy Man (1996) followed. Her first short-story collection, It Could be You (1997), was shortlisted for the 1997 Montana New Zealand Book Awards, and was followed in 2003 by Life on Earth.

Two of her plays have been performed at Christchurch’s Court Theatre: Waiting for Heathcliff (1988) and Hitting Fifty (2002).She also received the Mobil Radio Award for drama (1982) and was a finalist in the NZ Writers' Guild Best Screenplay Award (1993). She has been Writer-in-Residence at the universities of Auckland (1986) and Canterbury (1993), and won the Foxton Fellowship in 2005. In 1986 she was awarded the Queen’s Service Medal.

In 2004 Sue, with her husband Pat Hammond, returned to the Waitahora Valley, east of Dannevirke, to restore and live on the farm where she had lived as a child.

The Companion to New Zealand Literature wrote: ‘McCauley’s novels are characterised by a mix of humour, realism and compassion, with strong sympathy for the underdog.’ 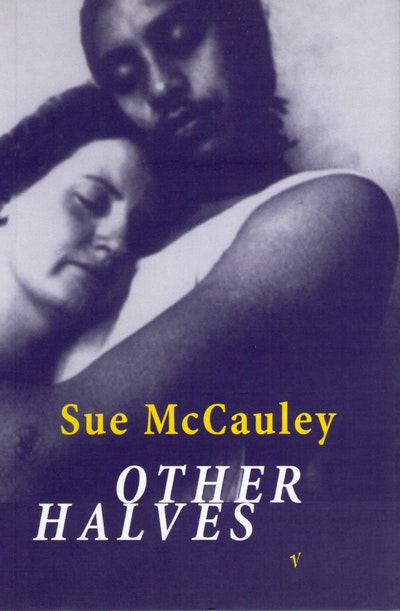 An older woman, a younger boy - a relationship that society still feels awkward about. And she is white and middle-class, he Maori and a street kid.