Toby Ralph, described as one of the 'most powerful spinners and advisers in Australia',has worked on over forty elections across three continents, including all of Australia's federal elections since John Howard became prime minister. He calls himself a marketing bloke and sometime propagandist. The Sydney Morning Herald said: 'Look behind big political and corporate events  – such as the four pillars banking debate in the late 1990s, the republican debate, corporate reviews, conflicts, takeovers, mergers and restructures in the media, construction, transport, superannuation, mining, export, gaming, and finance industries, environmental debates, many big listed company issues, and under-budget major infrastructure projects — and find his handiwork.'

Toby is a regular guest on Gruen Planet and Radio National, and has appeared on Insight and Q&A. He topped ThePower Index's 'Five (relatively) unknown people running Australia', and was included inthe inaugural BRW Power List as one of the fifty most influential people in Australian business. 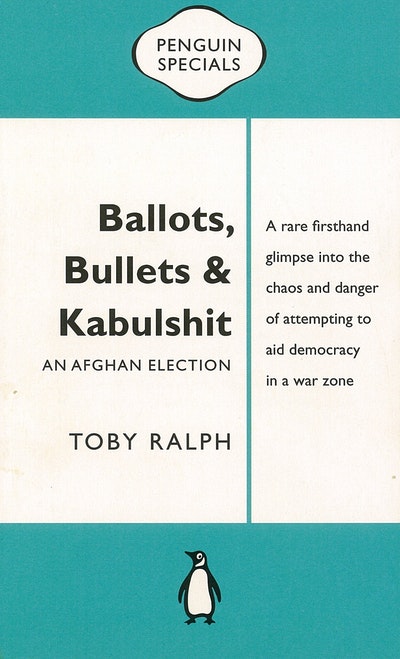 When Toby Ralph joined a UN team assisting preparations for Afghanistan's 2009 presidential election, he didn't quite know what he was getting into. In a country unaccustomed to fair and free processes, the resistance he encountered to the idea democracy ranged from corruption and ineptitude to violence.