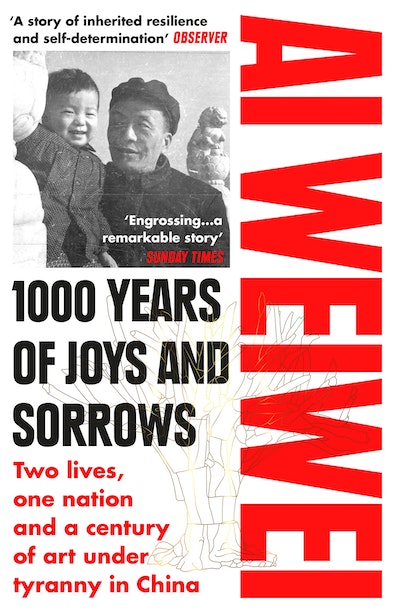 1000 Years of Joys and Sorrows: A Memoir

In his widely anticipated memoir, Ai Weiwei - one of the world's most famous artists and activists - tells a century-long epic tale of China through the story of his own extraordinary life and the legacy of his father Ai Qing, the nation's most celebrated poet

'Above all a story of inherited resilience, strength of character and self-determination' Observer

Here, through the sweeping, extraordinary story of his own and his father's lives, Ai Weiwei tells an epic tale of China over the last 100 years.

He recounts a childhood in exile in a desolate place known as 'Little Siberia', his move to America as a young man and eventual return home, then his rise from unknown to art-world superstar and international human rights activist - and how his work has been shaped by living under a totalitarian regime.

1000 Years of Joys and Sorrows is astory of exceptional creativity and passionate political beliefs, and a timely reminder of the urgent need to protect freedom of expression. 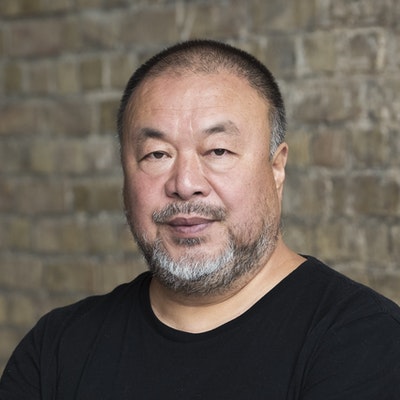 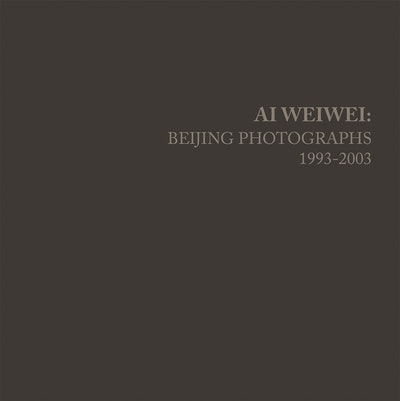 Praise for 1000 Years of Joys and Sorrows: A Memoir

The most important artist working today

An eloquent and unsilenceable voice of freedom

Ai Weiwei is the kind of visionary any nation should be proud to count among its creative class. He has drawn the world's attention to the vibrancy of contemporary Chinese culture

A majestic and exquisitely serious masterpiece about his China, which is in fact a book about our world. His is one of the great voices of our time

Andrew Solomon, author of Far from the Tree and Far and Away

Ai Weiwei is one of the world's greatest living artists. He is a master of multiple media. His work is always thought-provoking, unpredictable and immensely personal

An impassioned testament to the enduring powers of art

Intimate, unflinching ... an instant classic ... a glorious testament to the power of free expression

1000 years of joys and sorrows are here concentrated into a mere 100. They are years that teem with life of a startling variety. The presentation is artful and the translation exquisite

Perry Link, author of An Anatomy of Chinese

This is the rarest sort of memoir, rising above the arc of history to grasp at the limits of the soul

[An] ambitious memoir... 1,000 Years of Joys and Sorrows touches on the inevitable contradictions of being an activist and an art superstar, but it is above all a story of inherited resilience, strength of character and self-determination

Above all a story of inherited resilience, strength of character and self-determination

Ai Weiwei's detention in 2011... forms by far the most compelling part of the book... These exchanges are crisply and humanely recreated, as are those with Ai's well-educated interrogators

Told in painstaking but often beautiful detail... It's more like a dual biography, with [his father] Ai Quing's story taking up the first 150 pages, a useful corrective for westerners who know little about him

One of the world's most significant creative talents

A close look at a father-son dynamic, written in affecting terms, as well as a narrative about legacy, politics and creativity

Few people have combined art and activism to greater international acclaim than Ai Weiwei, with installations that address free speech, the environment and the global migrant crises.... Ai's new memoir, 1000 Years of Joys and Sorrows, can be seen as another act of defiance. As a child in Mao Zedong's China, he writes, he was subject to a culture "that made our memories vanish like shadows." The book, published November 2, is his effort to reclaim his country's and his family's dramatic past

An illuminating through-line emerges in the many parallels Ai traces between his life and his father's... Ai writes evocatively of the nights spent in his detention cell when "all I could do was use memories to fill the time, looking back at people and events, like gazing at a kite on a long string flying farther and farther, until it cannot be seen at all." Most poignant are his midnight conversations with the young, rural-born men employed to guard his door, their cracking joints reminding Ai of "a crisp snapping sound like a turnip being broken into two pieces... In "1000 Years of Joys and Sorrows," Ai does not allow his own scraps to remain buried. To unearth them is an act of unburdening, an open letter to progeny, a suturing of past and present. It is the refusal to be a pawn - and the most potent assertion of a self

Moving and passionate... Weiwei writes with clarity and detail, and readers can feel the anxiety of political turmoil and the power of disobedience as he defies Chinese authorities, over and over again ... heart-rending yet exhilarating

A heartfelt history of his own experiences, and those of his father, the celebrated poet Ai Qing... Through his reflections, Ai presents a gripping history of twentieth-century China and a timely reflection on the importance of art as a medium for underscoring injustice, and never forgetting

[A] tale of extraordinary resilience...Ai Weiwei vividly reflects on his own life and that of his father

Entirely keeping Ai Weiwei's taste for provocation...his memoir refuses to play by the rules... [1000 Years of Joys and Sorrows] leaves the reader with little doubt of Ai's commitment to freedom of expression and his willingness to confront power and inequality in all its forms