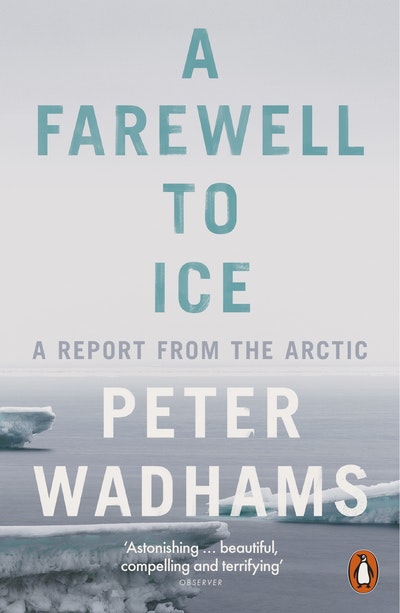 A Farewell To Ice

The most authoritative account yet of what is happening in the Arctic - the 'canary in the mine' of planetary change.

Peter Wadhams has visited the Polar Regions more often than any other living scientist and, from his observations and the latest scientific research, describes how dramatically sea ice has diminished over the past three decades. He shows how it is the 'canary in the mine' of planetary climate change, describing the vital role ice plays in reflecting solar heat back into space and providing an 'air conditioning' system for the planet. He demonstrates how a series of rapid feedbacks in the Arctic are accelerating change there more rapidly than almost all scientists (and political authorities) have realised, and the dangers of further acceleration are very real.
A Farewell to Ice is a report from the frontline of planetary change in the Arctic and Antarctic by a leading authority. It is one of the most important books published in recent years about the existential challenge which human civilization now faces.

Praise for A Farewell To Ice

Wadhams' writing sparkles . . . a lyrical sense of wonder at the natural world . . . essential reading . . . may be the best reader-friendly account of the greenhouse effect available to date

We Belong to Gaia
James Lovelock