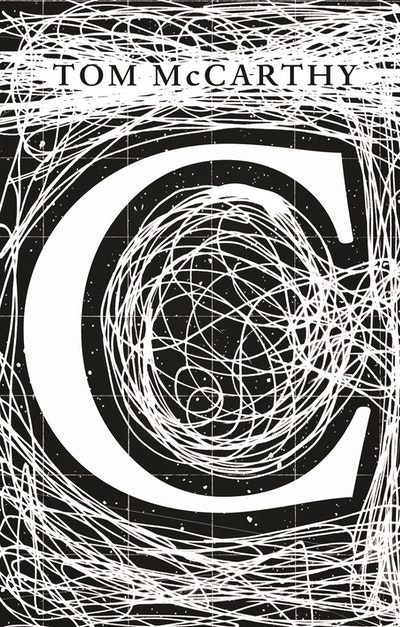 The author of 'one of the great English novels of the past ten years' moves to the next level, with a novel of thrilling action, imagination and ambition.

C follows the short, intense life of Serge Carrefax, a man who - as his name suggests - surges into the electric modernity of the early twentieth century, transfixed by the technologies that will obliterate him.

Born to the sound of one of the very earliest experimental wireless stations, Serge finds himself steeped in a weird world of transmissions, whose very air seems filled with cryptic and poetic signals of all kinds. When personal loss strikes him in his adolescence, this world takes on a darker and more morbid aspect. What follows is a stunning tour de force in which the eerily idyllic settings of pre-war Europe give way to the exhilarating flight-paths of the frontline aeroplane radio operator, then the prison camps of Germany, the drug-fuelled London of the roaring twenties and, finally, the ancient tombs of Egypt.

Tom McCarthy is the author of Tintin and the Secret of Literature and three internationally celebrated novels: Remainder, Men in Space and, most recently, C, which was shortlisted for the Booker Prize. In 2013 he was awarded the inaugural Windham-Campbell Literature Prize by Yale University. His creation, in 1999, of the International Necronautical Society has led to installations and exhibitions in galleries and museums around the world, from Tate Britain and the ICA in London to The Drawing Center in New York. 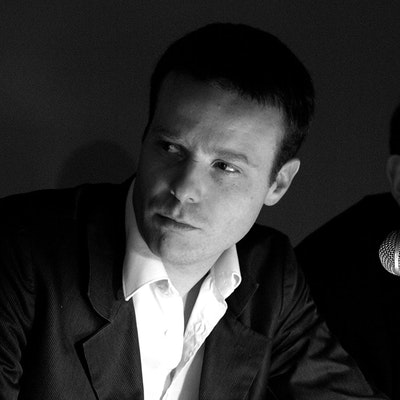 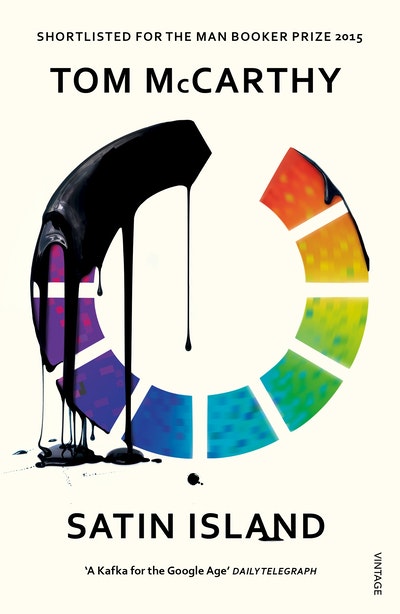 C inserts itself, slyly yet confidently, into the history of modernism. This is a genuinely exciting and spookily beautiful book, a new kind of joy

C is formidably well assembled, and it is admirable for an unashamed literary ambition

Tom McCarthy's latest novel is an intelligent, ambitious book which richly deserves its place on this year's Man Booker longlist.' ... 'This is a beautiful, accessible novel with a thrilling tale. This is one of the most brilliant books to have hit the shelves this year and McCarthy deserves high praise for an electric piece of writing which should be enjoyed as well as discussed.

A narrative of energy, invention and intelligence begins to take shape: one that is at once dazzling and profoundly resonant...Tom McCarthy has written a novel for our times: refreshingly different, intellectually acute and strikingly enjoyable. Whether the Man Booker judges concur remains to be seen, but is seems highly unlikely that anyone will publish a better novel this year

The strength of the novel is in the richness of McCarthy's intelligent, detailed research, while Serge is the cipher that he's used to convey it

McCarthy has fashioned a poised, polished and occasionally perplexing novel that frames the dawn of the communications onslaught now engulfing us...Builds into a breathless tour de force...combining the impetus, mystery and gale-force pandemonium of the age- not to mention McCarthy's delirious prose - into a swirling finale that is at once confounding and eminently satisfying

McCarthy is a richly gifted novelist

...C is a very good book indeed... McCarthy is one of the most intelligent and talented novelists of our generation.

C...is not the impenetrable thesis (some) readers might have feared...

Whatever happens to this novel or to this writer, a chain of events has been set in motion. Nothing and no one is going to stop it going on and on.

Tom McCarthy's C... a novel blazing with energy and, for all its postmodern ambitions, a rich, old-fashioned yarn

Rosie Blau, on being a Booker judge, Financial Times

I surmise that it was because Tom McCarthy's C also hovers on an uneasy breaking-point, between fiction and philosophy, that I wanted it to win the Booker Man prize.

Andro Linklater, Spectator, Christmas round up

McCarthy's high-voltage writing runs through the reader like a charge.

New readers could grasp just how boldly he has tried to balance sumptuous period-fiction prose with a mischievous desire to sabotage his chosen form.

An exciting, revealing and touching story

The novel's interest (or lack thereof) lies mainly in its stubborn refusal of anything resembling a narrative payoff...I loved it, right down to the prose, which, unspooling in a vaguely menacing present-continuous, sounds like screenplay instructions to a set designer

A dazzlingly agile novel about the interconnectedness of things

Entertaining as well as ambitious

McCarthy's descriptions of nature and of the everyday details of the era are vivid, surprising and true. And while the writing is often beautiful and ornate, the story has a bracing, Beckett-like severity