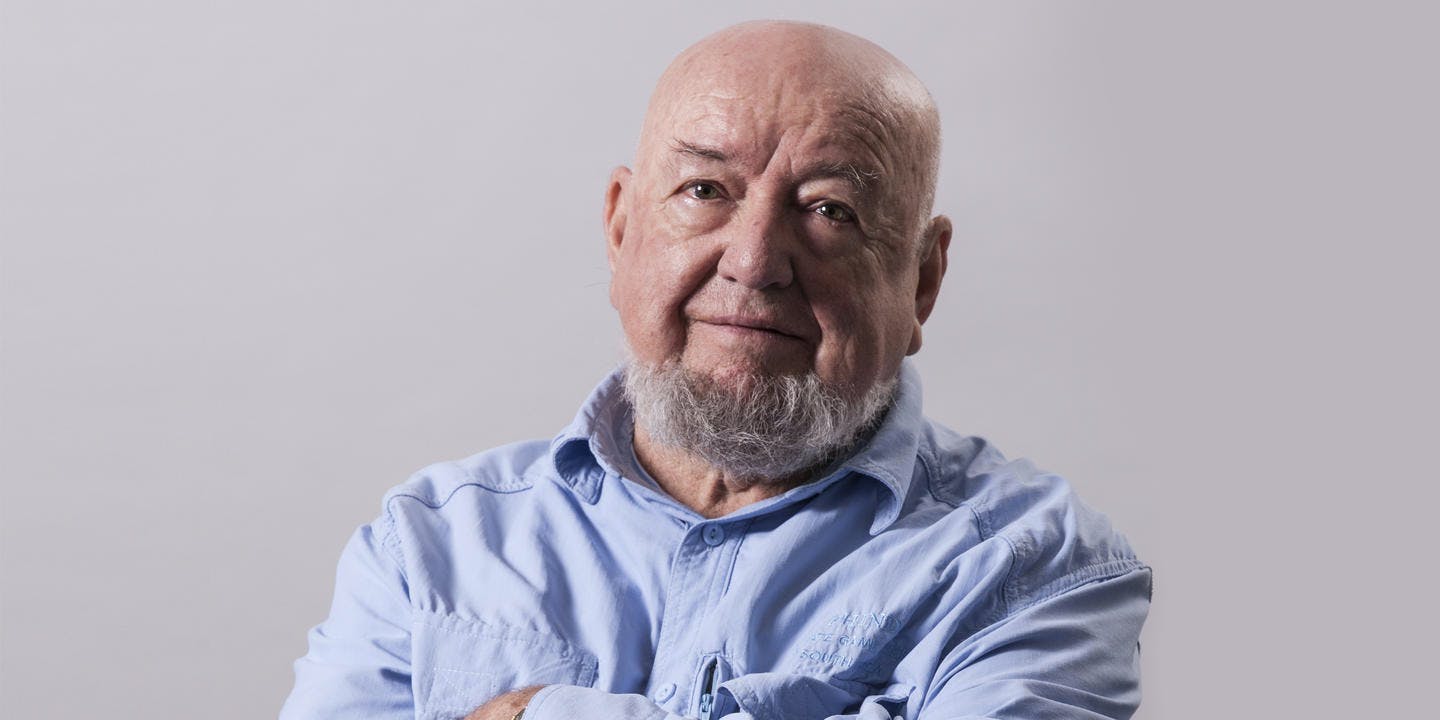 The much-loved author discusses the impetus behind writing Crimes of the Father.

What was the chance meeting that sparked the idea for Crimes of the Father?
The spur for the book was, of course, the criminal abuse of children in the Church, and thus the set of scandals which became public in modern times. But the character of Sarah the cab driver, abused in childhood, though fictional, is not entirely without substance, since I met such a woman cab driver, of similar background to Sarah’s, in an Australian city I won’t nominate. During a long drive I got to know her own story, with its overshadowing of psychological and other damage. She did not experience the abuse Sarah did – that is taken from another yet similar case again. But I often thought of this youngish woman who had taken a form of refuge at the wheel of a cab, after realising that her life as a nun was no longer tenable. I wondered how she fared as more and more crimes, and tales of the neglect of Church leaders to exercise judgement or compassion, were revealed throughout the 1990s and the present century.

The story is revealed from multiple perspectives and in a variety of modes (third-person narrative, first-person flashbacks, letters, speeches), what were some of the challenges associated with this complex approach?
I made an instinctive choice about the multiple voices of the book. Interestingly, I think the choices between first-and-third persons and other issues, including letters, speeches and so on, were made as I began to write about the material and got to understand the characters. I obviously instinctively sympathised with Maureen, since I tell her story – her fraught relationship with the Church, with Docherty and, above all, with her brother the Monsignor – in first person. I cannot explain quite why I chose third for Docherty – I think because Docherty represents to an extent my reading of various priest friends I’ve had, and notably one who died last year in the US whose career was not unlike Docherty’s. The biggest problem I had was sequence – telling a tale that ran from the late 1950s to the late 1990s.

Did the fact that you were a former seminarian make it an easier book to write or was it more difficult?
I think my having been a seminarian was central to this book. Some people will say I only wrote it out of some sort a grudge against the church, but that would be to discount the extent to which I found myself shocked, as did other people of Catholic background around me, by the history of abuse by a minority of priests, and the gross failure of humanity and compassion by the institution of the Church itself. And I thought of people I’d studied with in the seminary, still priests, still fully paid-up human beings, not necessarily less morally frail than the rest of us, and I wanted to represent as well as I could the sort of spirituality that I observed in some of these men. Having known them so closely and having observed them operating in public life increased my respect for the authenticity of their convictions and the spiritual – some would say mythopoetic – quest they were on. I wanted to celebrate their brave quest.

And were you concerned about the reactions of your friends, family and wider community to your addressing of suicide and abuse? How did you settle your apprehensions?
I was worried about friends and family, but most of them, including practising Catholics, were as confronted and shocked by these scandals as I was. In a way the path was cleared by a piece I wrote for The New Yorker in 2002, before which I spoke to relatives and found they were ready for me to write on the issue. I also interviewed a number of priests I knew or was referred to, men already fed up at that stage at the way this scandal was being handled.

‘[Father] Docherty had always had a fellow feeling for unbelievers, because in a parallel universe, without having begun life as he had, he would have been one.’ Do you subscribe to this view?
I tried to show Docherty as a man of broad compassion with fellow feeling for everyone, partly because he had been enlarged by his experience of Hinduism while in India. So I think he could imagine being an unbeliever, as easily as he could imagine being a Muslim or Hindu. I think there are friends of mine on whom I modelled Docherty who reasonably enough believe that if they had grown up in a different geographic zone, in a different family, had been influenced by a different set of elders, they would have been agnostic too. Indeed, there is a sense in which the best of them are agnostic – trying to find their way while hanging on to the railing of their upbringing, their profession, and their loyalty to the tradition in which they were raised. But the tradition in which we are raised is always a matter of chance, geography and culture.

Ultimately what do you hope readers take from the book?
Well, I’d be dishonest if I did not say that this was a case of institutional religion duping and letting down its people, and if I did not want to say that. But I wanted also to say that Catholics, the people from whom I come, are not all blind and blinkered, and I wanted to honour a particular kind of priest and even of Catholic I’d known. People devoted to social justice. Look up, for example, Father Ted Kennedy who helped found the Aboriginal Legal Service and opened his presbytery up to the Aboriginals of Redfern, not tokenistic-ly but to the extent that they owned the place and chose the terms on which they occupied it. (George Pell, of course, sent a traditional priest to take it back after Ted’s death.)

I think people should take this point. Clerical abuse is often blamed on celibacy, but there are plenty of men in the wider community who are married and who offend. However, the tradition of celibacy encourages training that declares war on women and encourages psycho-sexual immaturity that is the matrix for child abuse.

The book also argues that it’s not good enough for the Church to say, ‘Well, it happens in all groups.’ It claims to be the moral light of the world. The Boy Scouts don’t.

The other thing I want to say is that in reaching not for the compassion they say the Church stands for, but for the nearest smart lawyer and legal dodge in dealing with cases of abuse, Church leaders have not only betrayed principles but ended up tarring good priests with the shame of the abusers and their enablers. They should now stop making life hard for divorced couples and gays, and address their crimes of cover-up and enabling!

Finally, how do you go from writing a book of this nature to then turning around and continuing the historical crime series you started with you daughter?
This last question sounds complex, but I’m a simple mechanism, and I do them on different days and at different hours.

Crimes of the Father Tom Keneally

A courageous and powerful novel about faith, the church, conscience and celibacy.

Straight from the pages of Crimes of the Father.