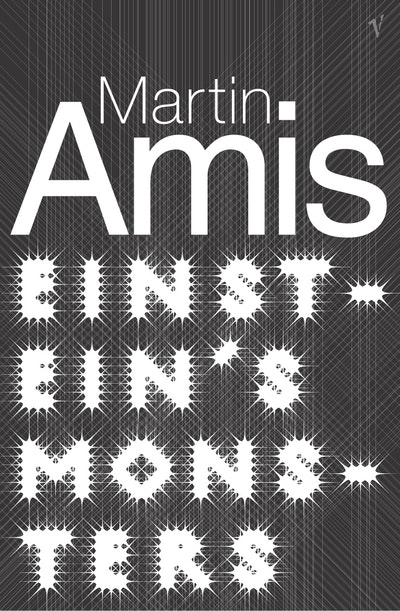 An ex-circus strongman and Notting Hill rough-justice artist, meets his own personal holocaust and 'Einsteinian' destiny in 'Bujak and the strong force or God's Dice'. Maximum boredom and minimum love-making are advised in the 2020 (AD) epidemic of 'The Time Disease', while a new strain of schizophrenia overwhelms the young son of a 'father of the nuclear age' in 'Insight at Flame Lake'. The stories in this collection were written over a period of two years, and only when they were complete did the author recognise the extent to which they revealed a deep preoccupation. 'In this debate, in this crap game', writes Martin Amis, 'I do want to get my chip on the table. ' This he does, not only in the fictional worlds to which he leads us, but also in an enlightening introductory essay which can leave no one ambivalent to their own opinion. 'EINSTEINS MONSTERS refers to nuclear weapons but also to ourselves, 'writes Amis. 'We are Einstein's monsters: not fully human, not for now. '