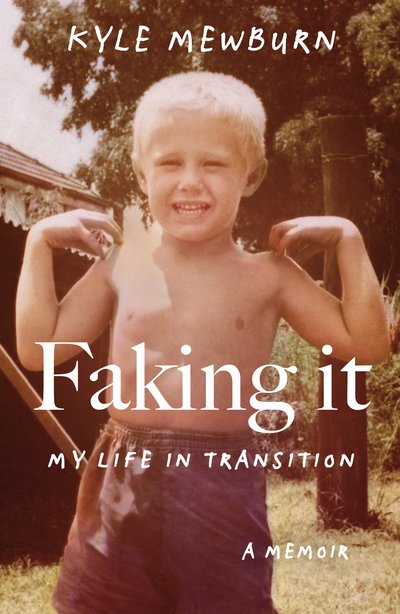 My Life in Transition

Candid, funny and emotionally powerful, this is writer Kyle Mewburn's true story of growing up transgender.

Kyle Mewburn grew up in the sunburnt, unsophisticated Brisbane suburbs of the 1960s and '70s in a household with little love and no books, with a lifelong feeling of being somehow wrong – like ‘strawberry jam in a spinach can'.
In this book, Kyle describes this early life and her journey to becoming her own person – a celebrated children’s book author, a husband and, finally, a woman.
She shares the dreams, the prejudice and the agony of growing up trans and coming out, the lengthy physical ordeal of facial feminisation surgery, and her experiences as a woman – good, bad and creepy.
This is a heartbreaking, often hilarious, candid true story about what it means to hide from yourself, your partner and the world, and then to attain the freedom and acceptance of being yourself.
A story with the bittersweet beauty you’d expect from the writer of Old Huhu that is relevant for anyone wanting to know and understand the trans experience – or anyone wanting to discover who they are and what they are meant to be.

Kyle Mewburn is a multi-award-winning writer for children.
Born and raised in Brisbane, Australia, Mewburn travelled in Europe and the Middle East before settling in New Zealand.
She has written numerous children’s picture books and chapter books, including the 2010 NZ Post Book of the Year for Old Huhu (illustrated by Rachel Driscoll), and the 2007 NZ Post Best Picture Book Award and Children’s Choice Award for Kiss! Kiss! Yuck! Yuck!, which was also a 2007 Storylines Notable Picture Book.In 2005, she won the Joy Cowley Award, presented by Storylines Children’s Literature Foundation of New Zealand for the development of a picture book text.
A well-known speaker at schools and literary festivals, Kyle was the 2011 University of Otago College of Education Creative New Zealand Children’s Writer in Residence and was the President of the New Zealand Society of Authors from 2012-2016.
She lives with her wife Marion in Millers Flat, Central Otago, in a house with a grass roof.
Faking It: My Life in Transition is her true life story and her first book for adults.

Kiwireviews said of Salto-scaredypus: ‘Another awesome book from the dream team Mewburn and Bixley.’

My best friend are books wrote of Blue Gnu: ‘You can always rely on Kyle Mewburn to write a book that will make kids laugh and keep them entertained from start to finish … If you are not hooked on Kyle Mewburn’s books, you will be once you read Blue Gnu.’

Kyle teamed up with Katz Cowley for Seesaw Poo, producing, wrote My best friends are books, ‘a great collaboration from two of our most talented authors and illustrators’. 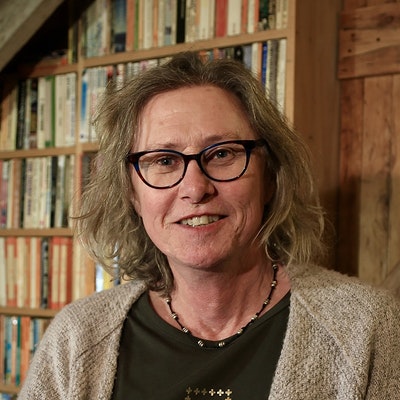