The Life of Leonard Cohen

Published to coincide with Leonard Cohen's exclusive show at London's The O2 on Friday 21 June 2013. This book contains exclusive material and interviews making it THE biography to buy on Leonard Cohen - singer-songwriter, musician, poet, and novelist.

WITH A NEW AFTERWORD BY THE AUTHOR

The definitive biography of the late Leonard Cohen - singer-songwriter, musician, poet, and novelist.

The genius behind such classic songs as Suzanne, So Long, Marianne, Bird on the Wire and Hallelujah, Leonard Cohen has been one of the most important and influential songwriters of our time, a man of spirituality, emotion, and intelligence whose work has explored the definitive issues of human life - sex, religion, power, meaning, love.

I'm Your Man explores the facets of Cohen's life. Renowned music journalist Sylvie Simmons draws on Cohen's private archives and a wealth of interviews with many of his closest associates, colleagues, and other artists whose work he has inspired.

Containing exclusive material and interviews, this is the biography to buy on Leonard Cohen.

Sylvie Simmons is a renowned music journalist and award-winning writer. A Londoner, she moved to LA in the late seventies where she began writing about rock music for Sounds, Creem and Kerrang!, then Rolling Stone, the Guardian and MOJO. She is the author of fiction and non-fiction books, including the acclaimed Serge Gainsbourg: A Fistful of Gitanes, Neil Young: Reflections in Broken Glass and the short story collection Too Weird for Ziggy. She currently lives in San Francisco, where she plays ukulele and still writes for MOJO. Her new book is I'm Your Man: The Life of Leonard Cohen,the definitive biography, published by Jonathan Cape. 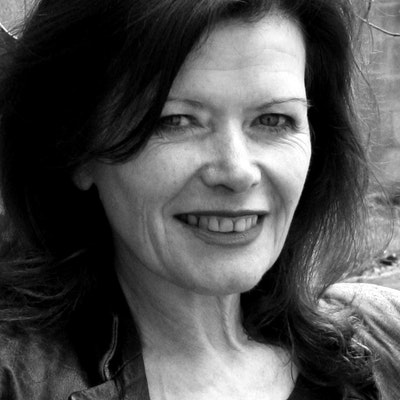 Praise for I'm Your Man

Cohen gets the music biography he truly deserves

The year’s most meticulous, elegant and satisfying rock book

Simmons loves language, hates cliché and takes her time... [she] recreates long-gone incidents with such vigour that you’d swear Simmons was there at the time, sitting in the corner and taking notes

Enthralling, meticulously researched…definitive volume on the guy right at the top of the tower of song

Simmons’ stunning biography leaves you wanting more: more on Cohen, more from Cohen an more music biographis as meticulously researched and engagingly written as this…there is no shortage of Cohen studies out there, now there’s no need for any more

An absorbing and well-rounded biography of the downbeat Canadian troubadour

A definitive account of [Leonard Cohen] and his music

Sylvie Simmons’ account of Cohen’s ascent is as dense, rich and haunting as any admirer, casual or devoted, could desire

A n excellent biography, easy to read and highly enjoyable. It is at times deeply revealing, as Simmons aims for the core of Leonard Cohen’s being, using various biographical details to sculpt the whole. It is highly recommended, both for those who are new to his work and long-term lovers, and more generally to fans of music biography

My biggest treat this year was I’m Your Man, Sylvie Simmons’ biography of Leonard Cohen