After the Next Mountain

A doctor's story of grit and resilience, from the war torn streets of Kabul to saving the lives of those caught up in conflict around the world.

Born in Kabul, Waheed Arian's earliest memories are of civil war. As a boy he lived for three years in a refugee camp in Pakistan. With no possessions, living ten to a room, he caught tuberculosis. Experiencing first-hand the power of medicine, he decided that he too would help others. But how does a boy with nothing become a doctor?

He learned English by tuning in to the World Service. With schools closed, he taught himself using books bought from street sellers and a medical text book donated by the doctor who'd saved his life. Eventually he was smuggled to the UK with just $100 in his pocket. He found work in a fast food shop. One day, he was told, he might make it as a taxi driver. Waheed had other ambitions.

By studying every spare moment, he got to Cambridge, to Imperial, then Harvard. He became an NHS doctor. And, to give back, he founded a charity which connects doctors in war zones with doctors in the US, UK and Europe. And together they save lives.

This inspirational story is about courage and resilience, and the dreams of a boy who wanted to help others. It reads like fiction, perhaps like a fairytale - but it's all true.

Waheed Arian is an NHS doctor working in A+E at a Liverpool hospital. Born into war-torn Afghanistan he spent three years in a refugee camp in Peshawar. He is the founder of telemedicine charity Arian Teleheal, which enables doctors in conflict zones and low resource countries to use smartphone technology to connect with volunteer specialists in the UK, Canada, the US and other countries, and thereby change and save lives. His work sets an innovation blueprint in global health, and has seen him recognized as a UN Global Hope Hero. 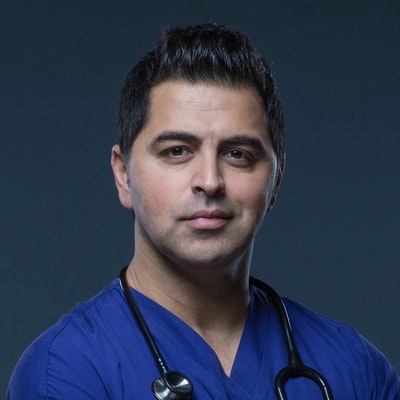