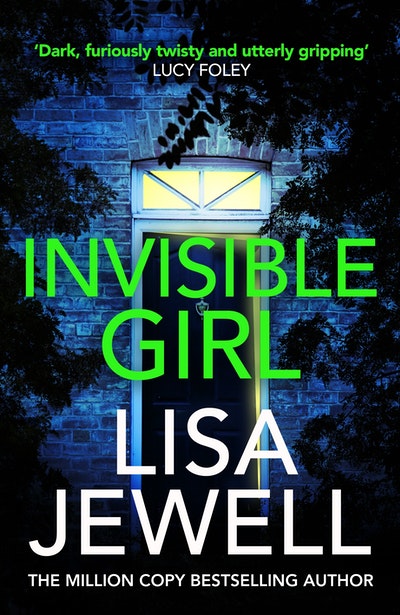 From the #1 bestselling author of The Family Upstairs

I duck down and pull my hoodie close around my face. Ahead of me the girl with red hair is picking up speed; she knows she’s being followed. I pick up my speed to match hers. I only want to talk to her, but I can tell from the way she’s moving that she’s terrified. I slow down at the sound of muffled footsteps behind me. I turn and see a figure coming after us.

I don’t need to see their face to know who it is.

My heart starts pounding beneath my ribs, pumping blood through my body so hard and fast that I can feel the cut on my leg begin to throb. I pull back into the shadows and wait for the man to pass. He turns the corner and I see his body language change as he sees the woman ahead. I recognise the shape of him, the angles of his body, and I know exactly what he is planning to do. I move from my hiding place in the shadows. I stride out, towards the man, towards danger, my actions my own but my fate left wide open.

My name is Saffyre Maddox. I am seventeen years old.

I am mostly Welsh on my dad’s side and partly Trinidadian, partly Malaysian and a tiny bit French from my mum. Sometimes people try and guess my heritage but they always end up getting it wrong. If anyone asks I just say that I am a mixed bag and leave it at that. No reason for anyone to know who slept with who, you know. It’s my business really, isn’t it?

I’m in my first year of sixth form at a school in Chalk Farm where I’m doing Maths, Physics and Biology because I’m a bit of a boffin. I don’t really know what I want to do when I leave school; everyone expects me to go to university, but sometimes I think I’d just like to go and work in a zoo, maybe, or a dog groomer’s.

I live in a two-bedroom flat on the eighth floor of a tower on Alfred Road, right opposite a school I don’t go to, because they hadn’t actually built it when I started secondary.

My grandma died shortly before I was born, my mum died shortly afterwards, my dad doesn’t want to know and my granddad died a few months ago. So I live alone with my uncle.

He’s only ten years older than me and his name is Aaron. He looks after me like a father. He works at a betting shop, nine to five, and does people’s gardens on the weekends. He’s probably the best human being in the world. I have another uncle, Lee, who lives in Essex with his wife and two tiny daughters. So there are finally some girls in the family, but it’s a bit late for me now.

I grew up with two men and, as a result, I’m not that great with girls. Or, more accurately, I’m better with boys. I used to hang out with the boys when I was a kid and got called a tomboy, which I don’t think I ever was. But then I started to change and became ‘pretty’ (and I do not think I’m pretty, I just know that everyone I meet tells me that I am) and boys stopped wanting to hang out as a mate and got all weird around me and I could tell that I’d be better off if I could harvest some girls. So I harvested some girls and we’re not close, don’t reckon I’ll ever see any of them again once I’ve left school, but we get on OK just as something to do. We’ve all known each other a long, long time now. It’s easy.

So, that’s the bare outline of me. I’m not a happy, happy kind of person. I don’t have a big laugh and I don’t do that hugging thing that the other girls like to do. I have boring hobbies: I like to read and I like to cook. I’m not big on going out. I like a bit of rum with my uncle on a Friday night while we’re watching TV but I don’t smoke weed or take drugs or anything like that. It’s amazing how boring you can get away with being when you’re pretty. No one seems to notice. When you’re pretty everyone just assumes you must have a great life. People are so short-sighted, sometimes. People are so stupid.

I have a dark past and I have dark thoughts. I do dark things and I scare myself sometimes. I wake in the middle of the night and I’ve twisted myself into my bedsheets. Before I go to sleep, I tuck my bedsheet under the mattress, really hard, really firm, so the sheet is taut enough to bounce a coin off. The next morning all four corners are free; my sheet and I are entwined. I don’t remember what happened. I don’t remember my dreams. I don’t feel rested.

When I was ten years old something really, really bad happened to me. Let’s maybe not get into that too deep. But yes, I was a little girl and it was a big bad thing that no little girl should have to experience, and it changed me. I started to hurt myself, on my ankles, inside my ankle socks, so no one would see the scratches. I knew what self-harming was – everyone knows these days – but I didn’t know why I was doing it. I just knew that it stopped me thinking too hard about other things in my life.

Then when I was about twelve my uncle Aaron saw the scratches and the scars, put two and two together and took me to my GP, who referred me to the Portman Children’s Centre, for therapy.

I was sent to a man called Roan Fours.

‘It’s, like, there’s this guy.’ Her daughter’s voice lowers to a whisper. ‘He’s walking really close.’

Cate ignores the teenage attitude and says, ‘Where are you now?’

She pulls back the curtain and peers out on to the street, into the blackness of the January night, waiting for the familiar outline of her daughter to appear.

‘I can’t see you,’ she says, starting to feel a little panicky herself.

As she says this, Cate sees her too. Her heart rate starts to slow. She lets the curtain drop and goes to the front door. Folding her arms against the freezing cold she waits for Georgia. Across the street a shape disappears into the driveway of the big house opposite. A man.

‘Was that him?’ she asks Georgia.

Georgia turns, her hands clasped into fists around the sleeves of her oversized Puffa coat. ‘Yes,’ she says. ‘That was him.’ She shivers as Cate closes the door behind her and bundles her into the warmth of the hallway. She throws her arms briefly around Cate and hugs her hard. Then she says, ‘Creep.’

‘What was he doing exactly?’ Georgia shrugs off her coat and throws it carelessly on to the nearest chair. Cate picks it up and hangs it in the hallway.

‘I don’t know. Just being creepy.’

‘Creepy in what way?’

She follows Georgia into the kitchen and watches her open the fridge door, peer into it briefly and then shut it again.

‘Did he say anything to you?’

‘No. But he looked like he was going to.’ She opens the larder cupboard and pulls out a pack of Jaffa Cakes, takes one out and puts it whole into her mouth. She chews and swallows, then shudders. ‘Just freaked me out,’ she says. Her eyes catch sight of Cate’s white wine and she says. ‘Can I have a sip? For my nerves?’

Cate rolls her eyes, then passes her daughter the glass. ‘Would you recognise him?’ she asks. ‘If you saw him again?’

‘Probably.’ Georgia is about to take a third sip from Cate’s wine and Cate snatches it back from her.

‘But I’ve experienced a trauma!’ she says.

‘Hardly,’ says Cate. ‘But it just goes to show. Even somewhere like this, somewhere supposedly “safe”, you need to keep your wits about you.’

‘I hate it round here,’ says Georgia. ‘I don’t know why anyone would want to live here if they didn’t have to.’

The house is a rental, temporary accommodation after their home a mile away was damaged by subsidence. They’d thought it would be an adventure to live somewhere ‘posh’ for a while. They hadn’t thought that posh areas were full of posh people who didn’t really like the fact there were other people living in close proximity. They hadn’t thought about the unfriendly security-gated houses and about how eerily quiet these leafy, mansion-lined streets would be compared with their bustling Kilburn terrace. It hadn’t occurred to them that empty streets could be scarier than streets full of people.

A little while later Cate goes to the bay window in her bedroom at the front of the house and pulls back the curtain again. The shadows of bare trees whip across the high wall opposite. Beyond the high wall is an empty plot of land where an old house has been ripped down to make way for something new. Cate sees pickup trucks reverse through a gate between the wooden construction panels sometimes and then reappear an hour later filled with soil and rubble. They’ve been living here for a year and so far there has been no sign of a foundation being dug or a hard-hatted architect on site. It is that rarest of things in central London: a space with no discernible function, a gap.

She thinks of her girl turning that corner, the fear in her voice, the footsteps too close behind her, the audible breath of a stranger. How easy it would be, she thinks, to break open that hoarding, to drag a girl from the street, to hurt her, kill her even and hide her body in that dark, private void. And how long would it take for it to be found?

FROM THE NUMBER ONE BESTSELLING AUTHOR OF THE FAMILY UPSTAIRS and THEN SHE WAS GONE, comes an engrossing twisty tale of betrayal when an outsider is accused of murder. 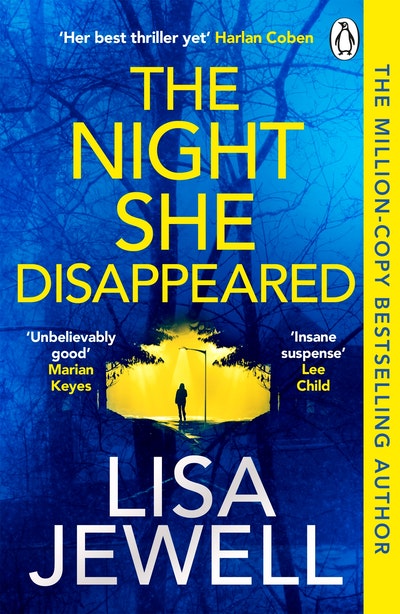 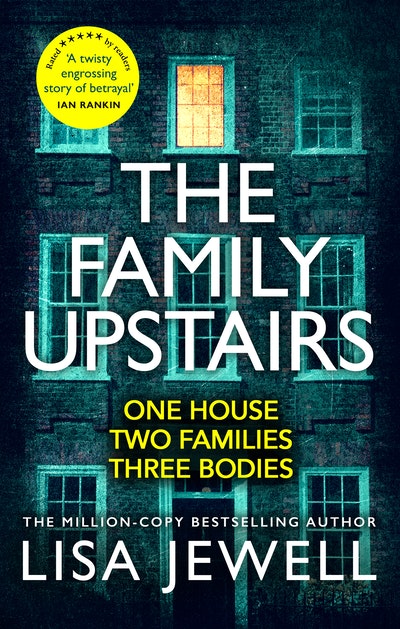 It would be inaccurate to say that my childhood was normal before they came. 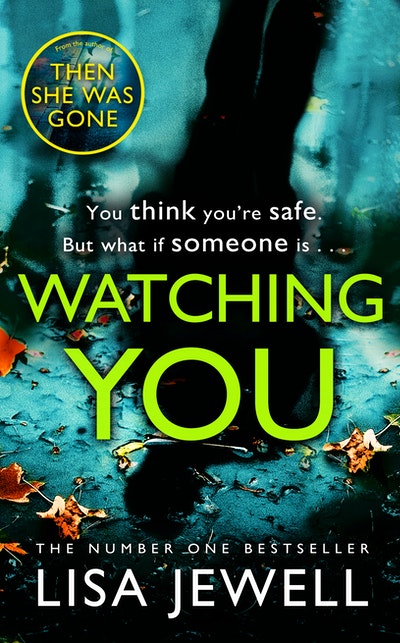 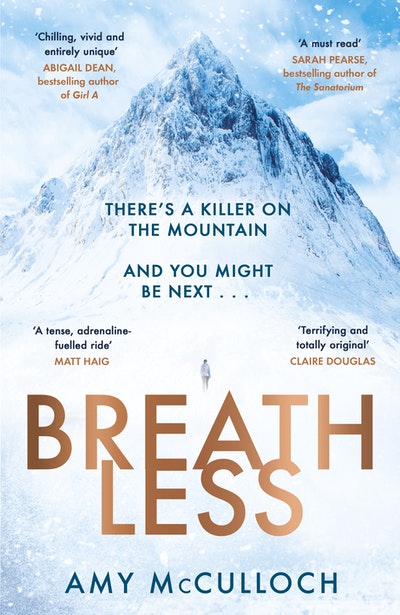 In a cramped hotel room high above the prayer-flag-strewn streets of Thamel, the main tourist district of Kathmandu, Nepal, Cecily snapped her laptop shut.

CARTER VON OEHSON MIXED himself a tall gin and tonic from behind the polished mahogany bar of his father’s billiard room, topping it off with a squeeze of lime.

Matthew Butler cocked his head to one side, considering the big-boned blonde in front of him.