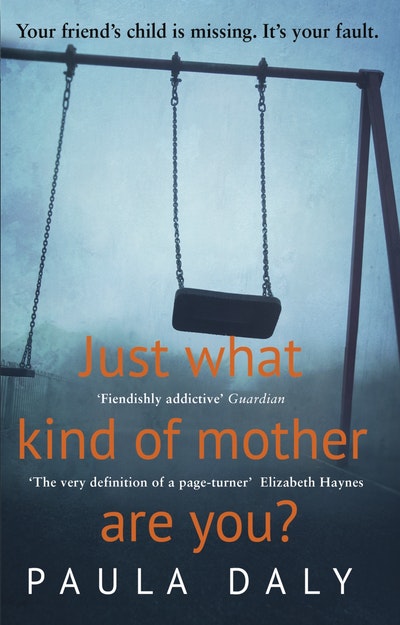 Just What Kind of Mother Are You? 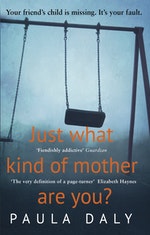 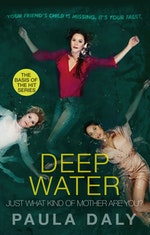 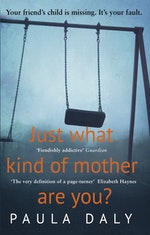 What could be worse than a child going missing?

When it’s your best friend’s child. And it was on your watch... An emotionally fraught psychological thriller and a shrewd examination of family life - and the evil that can lie beneath.

She's gone and it’s your fault. You were supposed to be watching your best friend’s 13-year-old daughter, and now she’s missing.

But you know she’s not just missing – she’s been taken. Because Lucinda is the second girl to be abducted within a fortnight. And the first was found on a busy high street, naked and severely traumatised. No one expects the next to be so lucky.

You’re going to have to figure this out – who did it. Because if you don’t, then Lucinda will be next. And you’ll never forgive yourself.

Paula Daly is the critically acclaimed author of six novels. She has been shortlisted for the CWA Gold Dagger for Crime Novel of the Year award, and her books have been developed for the new ITV television series, DEEP WATER, starring Anna Friel. She was born in Lancashire and lives in the Lake District with her husband, three children, and whippet Skippy. 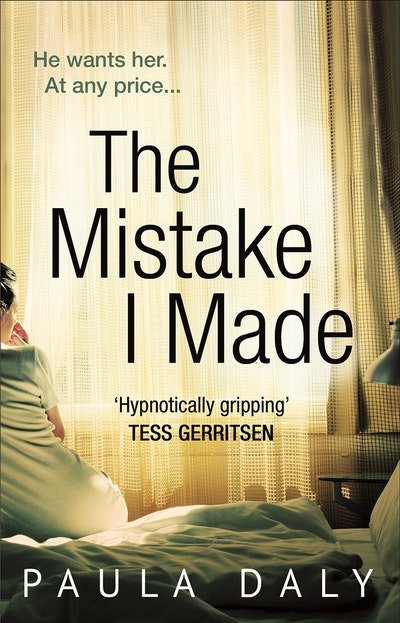 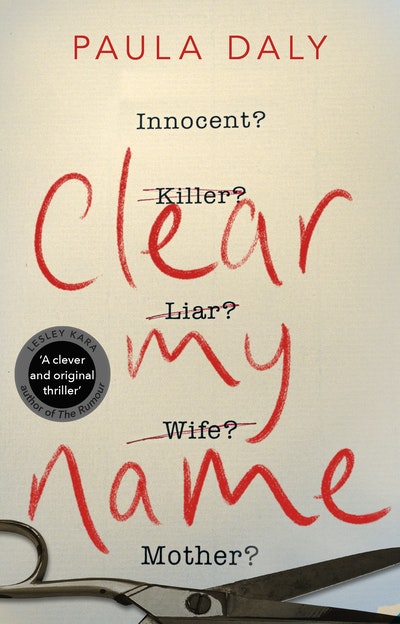 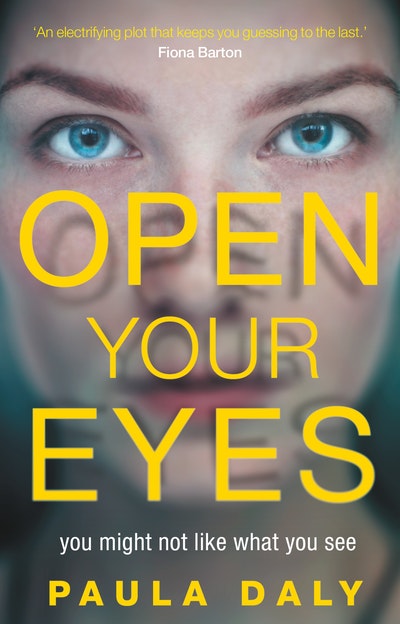 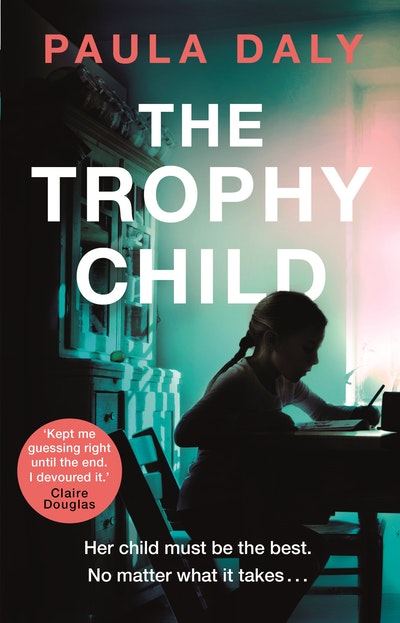 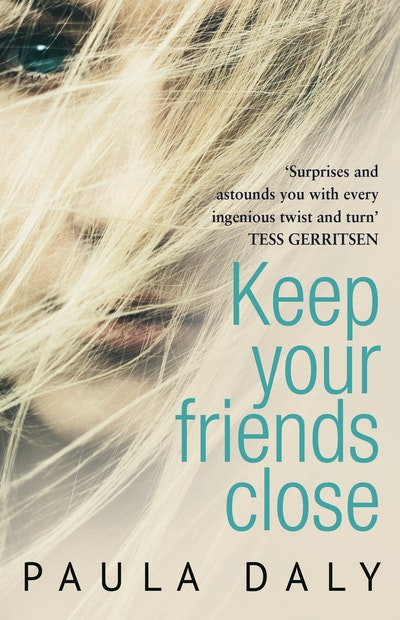 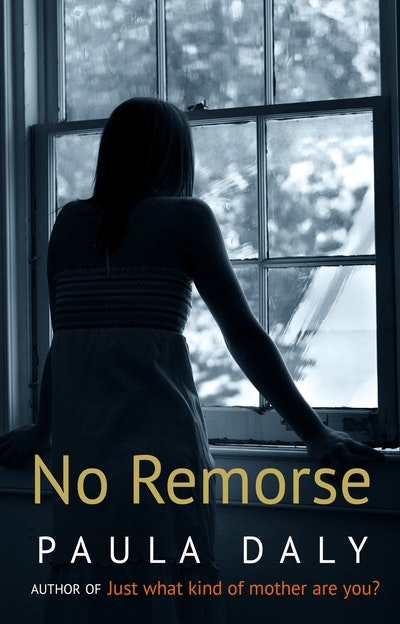 Praise for Just What Kind of Mother Are You?

“Fiendishly addictive as well as perceptive about guilt and social class”

“With cracking dialogue, compelling characters and a page-turning plot…this is a truly promising debut”

“With cracking dialogue, compelling characters and a page-turning plot about every mother's worst nightmare - the abduction of a teenage daughter - this is a truly promising debut by Daly. She writes with a singular voice and a fierce passion that roars off the page, while also displaying a visceral understanding of the betrayals and humiliations of domestic life ... With a sharp, double-twist ending, it announces Daly as a potential star, and one with the courage to take risks”

“In Paula Daly's strong debut, the lost-child horrorshow Just What Kind of Mother Are You?, the child is, in a neat, needling twist, that of Lisa's posh best friend rather than her own. Lisa is exhausted trying to balance motherhood and work, so forgets that Lucinda is coming to stay on the night she goes missing... The result is fiendishly addictive as well as perceptive about guilt and social class”

“Just What Kind of Mother Are You? is the very definition of a page-turner – the sort of book that causes you to lose half a day without even noticing. Savour every page, because this will probably be your book of the year. With characters so real they can’t possibly be made up, it’s a brilliant, thrilling story of friendship, families and the sort of terrifying betrayal that can only happen to those closest to us”

Elizabeth Haynes, author of Into the Darkest Corner

“One of the most hypnotically gripping books I've read in a long, long time. Masterfully written and utterly unputdownable, this thriller will surprise and astound you with every ingenious twist and turn”

“Riveting! Daly plunges straight into the heart of every parent's worst nightmare with page turning results. You know this family. You may even be one of these moms. And you will fly through this novel, as their pain, bewilderment, and ultimately determination becomes your own”

“I really enjoyed this book. Lisa sparkles off the page with a crisp, engaging voice, enviable self-awareness and a genuine sense of warmth. In her debut novel, Paula Daly has hit upon a theme that will resonate instantly with working mothers the length and breadth of the land. But for the grace of God, we could all walk in Lisa's shoes”

“Paula Daly's finely-wrought debut thriller deals with overburdened working women who are doing their best but are in danger of being swamped by the conflicting demands being placed upon them. Daly's characters are well-drawn, complex individuals who oftentimes are not what they seem to be, and her small-town settings seethe with twisted dynamics lurking just below the bucolic surfaces”

“I read the book in just a few hours, gripped by the believable characters and switchbacks of the plot. Everyone will recognise the dilemmas in this book and hold their breath for the finale.”

Claire McGowan, author of The Fall and The Lost

“An assured and nail-biting debut which gives an authentic portrayal of modern family life and the pressures of being a working mother. Daly writes eloquently about an ordinary family plunged into a nightmare and sets her story in the wintry landscape of the English Lakes. A tense and satisfying read.”

Cath Staincliffe, author of Split Second and Dead to Me

“It's unputdownable: exactly the kind of book I love – a slow burning psychological suspense with lots of twists. As well as being full of suspense, it is rich in domestic detail and brilliantly examines the pressures that working parents – specifically working mothers – are under to be perfect in every way: how we blame ourselves when we can't keep every single ball up in the air, how we compare ourselves to others who seem to be doing it all so perfectly and how, for some people, appearances have to be kept up at all costs. Particularly satisfyingly I didn't see the end coming until the moment it appeared”

“A pacy, psychological thriller that perfectly captures the voice of a stressed-out working mum.”