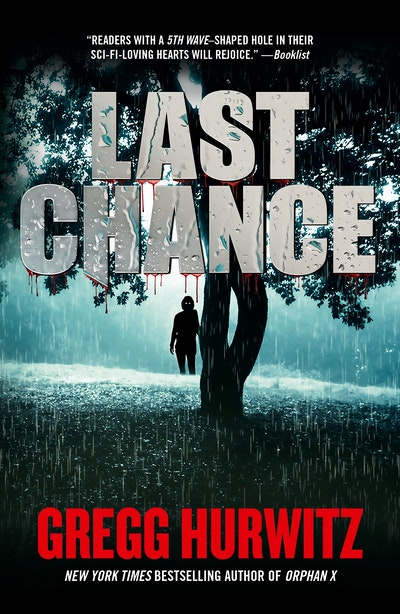 From the New York Times bestselling author of Orphan X and comics in the Batman, Wolverine, and Punisher universes comes this relentlessly thrilling adventure perfect for fans of The Walking Dead and The 5th Wave.

The hatching has begun—and the end of humanity is near.Phase one of the invasion began with spores that turned everyone over the age of eighteen into vicious, unhuman beings, unrecognizable as the trusted adults they once were. These Hosts paved the way for the invaders andtransformed the small town of Creek’s Cause into a war zone. Holed up in the local high school, frightened kids and teenagers struggle to survive—at least until their eighteenth birthdays.Now, a new breed of predatory creatures has been spawned and is spreading across the world, devouring everything in its path. Earth’s only hope is two overwhelmed teenage brothers—and their closest friend, Alexandra—who may hold the key to humanity’s survival. But how far will they have to go to save everyone and everything they care about?

Readers with a 5th Wave-shaped hole in their sci-fi-loving hearts will rejoice.

A brilliant, terrifying, rule-breaking reimagining of the zombie novel.

The Fault In Our Stars
John Green