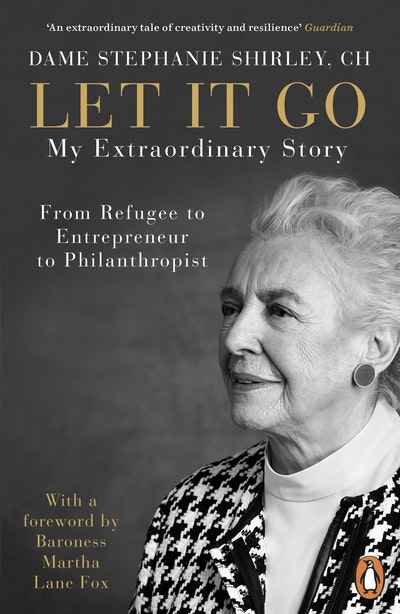 My Extraordinary Story - From Refugee to Entrepreneur to Philanthropist

In 1962, Stephanie "Steve" Shirley created an IT software company from her dining room table when the concept of software barely existed. Shirley empowered a generation of women in technology, pioneering a computing company that had women working on projects like the programming of the black box flight recorder from the comfort of their own home. The business thrived and Shirley gradually transferred ownership and her control of the company to those who worked for it, creating 70 millionaires in the process.

Let it Go explores Shirley's trail blazing career as an entrepreneur but it also charts her incredible personal story - her dramatic arrival in England as an unaccompanied Kindertransport refugee from Germany and the tragic death of her son, Giles, who suffered severely from Autism. Today, Dame Stephanie Shirley is one of Britain's leading philanthropists, devoting most of her time, energy and money to supporting and creating charities in the areas of Autism and STEM. This is an engrossing story of an extraordinary life, filled with lessons in what it means to be human.