No Wall Too High 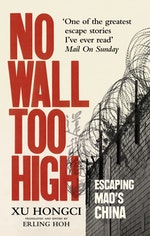 Xu Hongci was an ordinary medical student when he was incarcerated under Mao’s regime and forced to spend years of his youth in China’s most brutal labour camps.

Three times he tried to escape. And three times he failed. But, determined, he eventually broke free, travelling the length of China, across the Gobi desert, and into Mongolia. It was one of the greatest prison breaks of all time, during one of the worst totalitarian tragedies of the 20th Century.

This is the extraordinary memoir of his unrelenting struggle to retain dignity, integrity and freedom; but also the untold story of what life was like for ordinary people trapped in the chaos of the Cultural Revolution.

Xu Hongci
It took Xu Hongci four attempts before he finally escaped the labour camps. He then travelled the length of China into Mongolia – only to be arrested and sentenced to two years in a Mongolian prison for illegally entering the country. After serving his sentence, Xu Hongci met and married a Mongolian nurse, started a family and, after Mao’s death, returned to China where he died in 2008.

Erling Hoh
Erling Hoh is a Swedish-Chinese journalist who came across a Chinese copy of Xu Hongci’s memoir in a Hong Kong library. After tracking down Xu Hongci’s Chinese publisher and, eventually, his wife and children, he obtained the original manuscript that contained much richer content than the original Chinese edition. 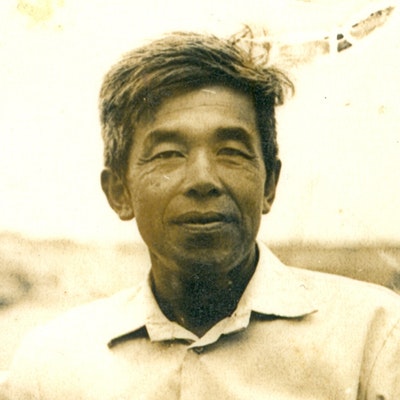 Praise for No Wall Too High

“One of the most compelling and moving memoirs to emerge from Communist China...gripping.”

“Riveting…There are many memoirs by Chinese imprisoned during the Cultural Revolution (1966-76), but I’ve never read one, by a loyal Party member, like this…While books such as this cannot be openly sold in China, Xu Hongci’s will of course be smuggled in and will amaze readers, especially those under forty.”

“While there are notable victims' accounts of Nazi and Soviet atrocities, there has largely been silence from those who actually suffered at first hand the worst of Red China's astounding inhumanity to its own people. Xu's moving account [is] a must-read”

“Xu Hongci is China’s Louis Zamperini, an ordinary man who simply refused to be broken. To understand the deepest source of China’s rise, read Xu Hongci's astonishing epic, a tale of ingenuity, bravery and, most importantly, unshakeable determination. Xu’s chronicle, masterfully translated by Erling Hoh, is the story of modern China itself: the struggle for freedom of body and mind.”

EVAN OSNOS, China correspondent at the New Yorker and author of the acclaimed Age of Ambition

“I am struck by the freshness of Xu Hongci’s whole story. We have plenty of reminiscences by intellectuals and party officials in China, but it is rare to find memoirs of ordinary people. And most tend to focus on the Cultural Revolution, whereas Xu Hongci starts his account with the Second World War, giving the reader a much better sense of how the entire Maoist era evolved over time. While most memoirs tell us how the victims are eventually crushed by an unforgiving system, one of the most striking aspects of Xu’s account is his determination to gain freedom. Xu escapes again and again, his moral integrity seemingly unbroken.”

“An important book: the gripping and deeply moving account of a man's lifelong struggle to reach freedom, driven by an indomitable will to survive in Mao's China.”

XIAOLU GUA, author of Once Upon a Time in the East

“An understated tribute to those who suffered, and a thrilling account of numerous acts of defiance: small or large, often costly.”

“Gripping... an inspiring story of the strength of the human spirit in the face of greed and cruelty.”

PRESS ASSOCIATION 'Book of the Week'

“There are escape stories and then there is this. It deserves to become a classic, like Jung Chang's Wild Swans, not only for Xu Hongci's survival against the odds, but for confronting us unsparingly with what happens when folly and intolerance meet unfettered political power.”

“[Xu Hongci] takes the reader on a turbulent and fraught journey of capture, escape, evasion, survival and love. Translated with immense skill and talent, it's a thrilling read.”