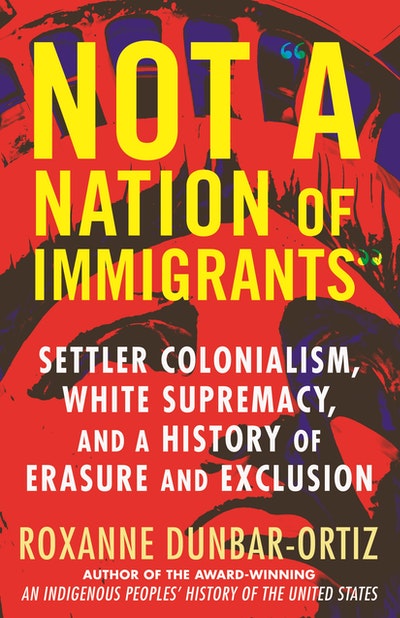 Not "A Nation of Immigrants"

Settler Colonialism, White Supremacy, and a History of Erasure and Exclusion

Debunks the pervasive and self-congratulatory myth that our country is proudly founded by and for immigrants, and urges readers to embrace a more complex and honest history of the United States

Whether in political debates or discussions about immigration around the kitchen table, many Americans, regardless of party affiliation, will say proudly that we are a nation of immigrants. In this bold new book, historian Roxanne Dunbar-Ortiz asserts this ideology is harmful and dishonest because it serves to mask and diminish the US’s history of settler colonialism, genocide, white supremacy, slavery, and structural inequality, all of which we still grapple with today.

She explains that the idea that we are living in a land of opportunity—founded and built by immigrants—was a convenient response by the ruling class and its brain trust to the 1960s demands for decolonialization, justice, reparations, and social equality. Moreover, Dunbar-Ortiz charges that this feel good—but inaccurate—story promotes a benign narrative of progress, obscuring that the country was founded in violence as a settler state, and imperialist since its inception.

While some of us are immigrants or descendants of immigrants, others are descendants of white settlers who arrived as colonizers to displace those who were here since time immemorial, and still others are descendants of those who were kidnapped and forced here against their will. This paradigm shifting new book from the highly acclaimed author of An Indigenous Peoples’ History of the United States charges that we need to stop believing and perpetuating this simplistic and a historical idea and embrace the real (and often horrific) history of the United States. 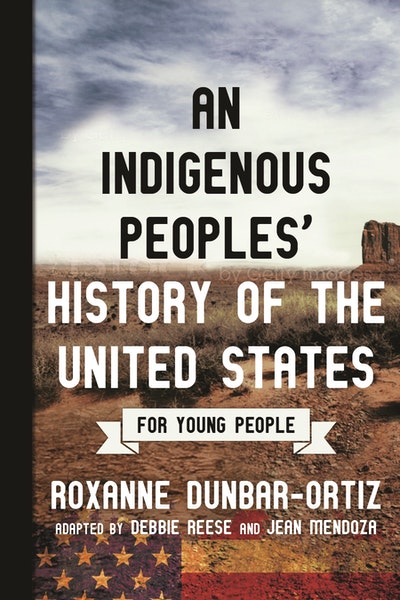 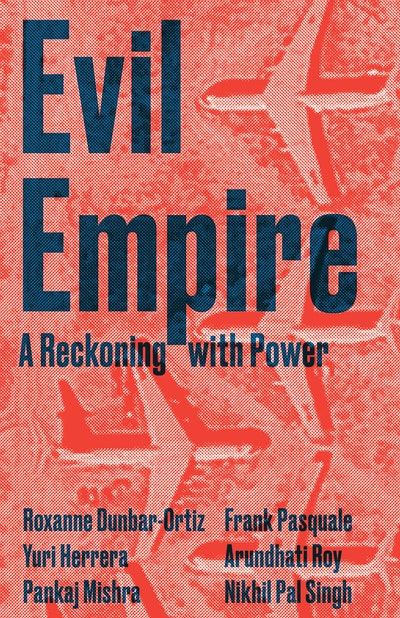 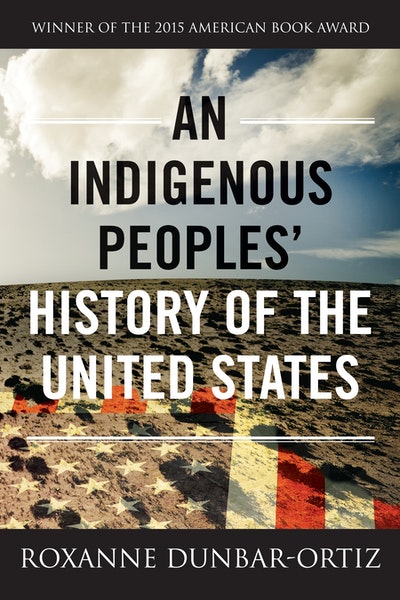 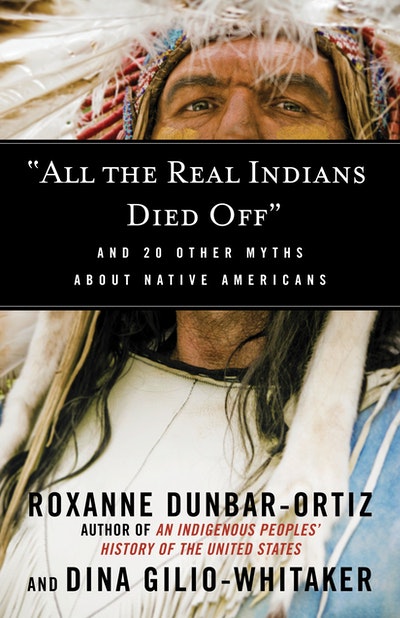 Praise for Not "A Nation of Immigrants"

“In this book, a precious gift drawn from an amazingly rich life and a prodigious life of learning, Roxanne Dunbar-Ortiz urges us to disavow the violence of the US settler nation-state, its discursive erasures of native peoples and its material relations of dispossession. The struggle for workers’ rights and working-class solidarity, she reminds us, involves the fight against capitalism, imperialism, and colonialism for the liberation of all peoples.” —Gary Y. Okihiro, author of Third World Studies: Theorizing Liberation “Not ‘a Nation of Immigrants’ challenges to the core one of the most dominant narratives about the United States, as a country founded by and welcoming for immigrants. Dunbar-Ortiz’s captivating and accessible historical account forces a reckoning with the various layers of the US imperialist project, from territorial control to economic and political influence at the expense of Black populations, migrants, and Indigenous peoples. This myth-shattering book addresses one of the most pressing challenges of our time by demonstrating the implications of White supremacy across time, across groups and spaces, and the connections between them. If there is hope for transformation, it is through the careful, systematic work that this book exemplifies by examining the roots of racism and structural inequality, and bringing forward alternative narratives and movements. It is a must-read.” —Alexandra Délano, chair and associate professor of global studies, The New School “Roxanne Dunbar-Ortiz has produced a remarkable, engrossing, and readable reexamination of US history. She unites an analysis of the construction of ‘race’ and racism, with the construction of settler colonialism, demonstrating both the historical inaccuracy as well as the strategic blind spot created by thinking of the USA as a ‘nation of immigrants.’ But she does more. Dunbar-Ortiz links the construction of the US as a racial settler state with the growth of US imperialism, decisively demonstrating that global expansion was not accidental nor a matter of policy alone, but the direct outcome of the DNA of the racial settler state.” —Bill Fletcher Jr., trade unionist and author of “They’re Bankrupting Us!” And Twenty Other Myths About Unions “What do the Iroquois or Navajo think of the Statue of Liberty? With characteristic grit and brio, Dunbar-Ortiz demonstrates how profoundly the settler colonial history of the United States and the ideology of ‘white nativism’ have shaped both immigration policy and immigrant identity.” —Mike Davis, author of Prisoners of the American Dream “Roxanne Dunbar-Ortiz is a one-woman wrecking ball against the tower of lies erected by generations of official and television historians—people who make a living glorifying slave traders and exterminators of Native Americans.” —Ishmael Reed “This book is meticulously researched and written with eloquence and passion. With it, Roxanne Dunbar-Ortiz, one of our preeminent radical historians, once again delivers a powerful and provocative indictment of settler colonialism and white nationalism, which were foundational in building this country. It could not be more timely. A must-read history for our troubling present.” —Barbara Ransby, author of Making All Black Lives Matter “Roxanne Dunbar-Ortiz’s incisive book Not ‘a Nation of Immigrants’ challenges the multicultural myth of US nationalist triumphalism and, instead, powerfully exposes settler colonialism, wars of conquest, and white nationalism as central pillars of immigration. This is a must-read to finally discard unquestioning settler American liberalism and patriotism.” —Harsha Walia, author of 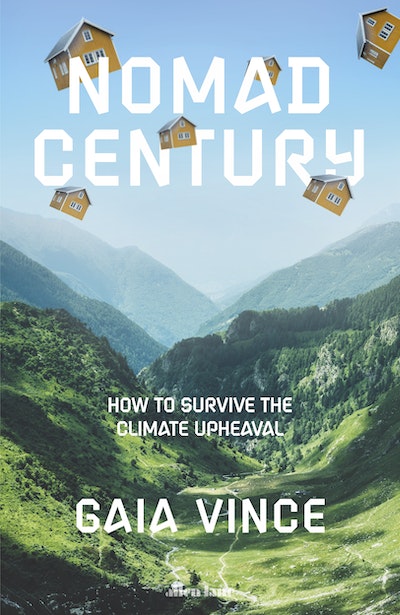 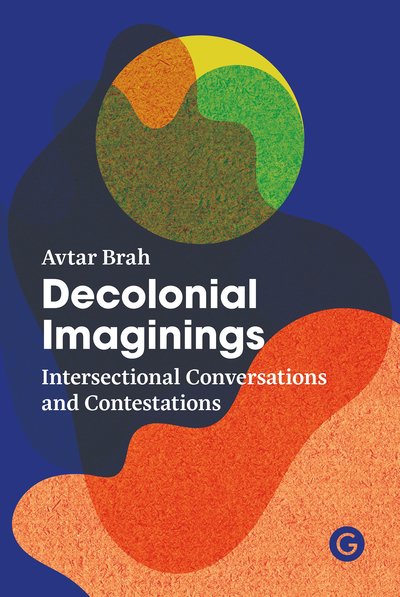 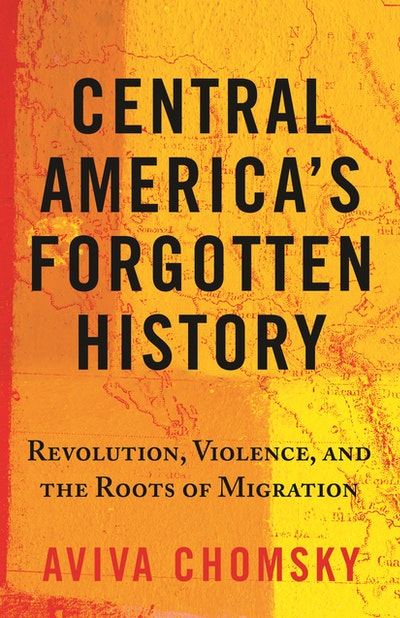 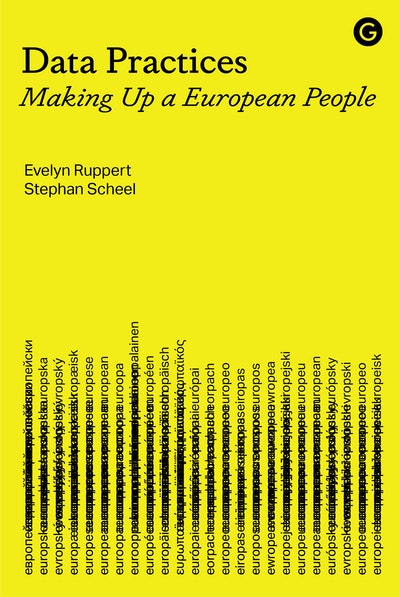 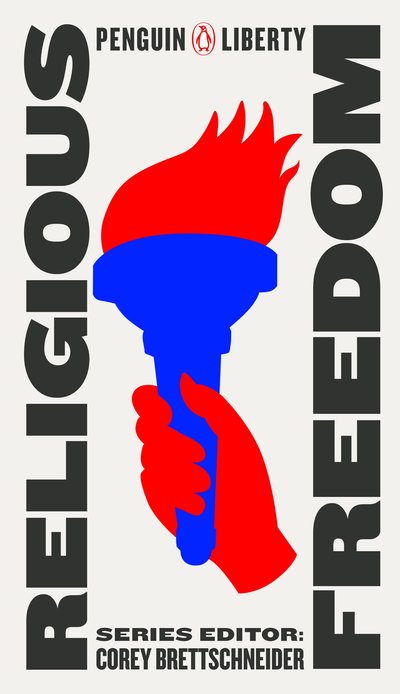 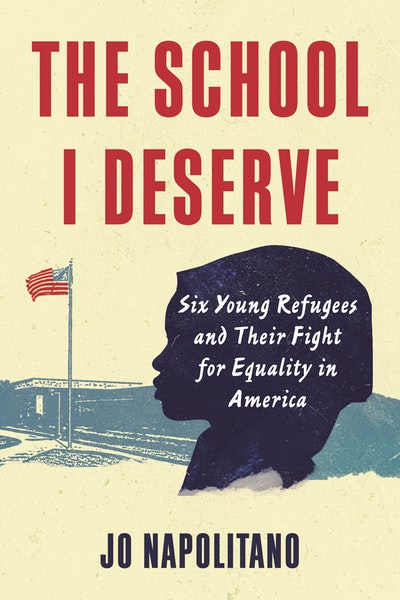 The School I Deserve
Jo Napolitano 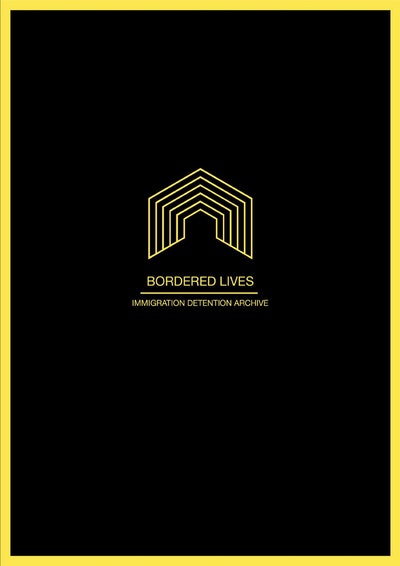 I Just Wanted to Save My Family
Stéphan Pélissier 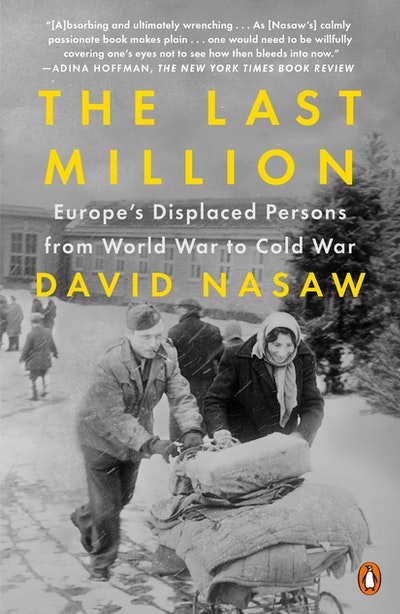 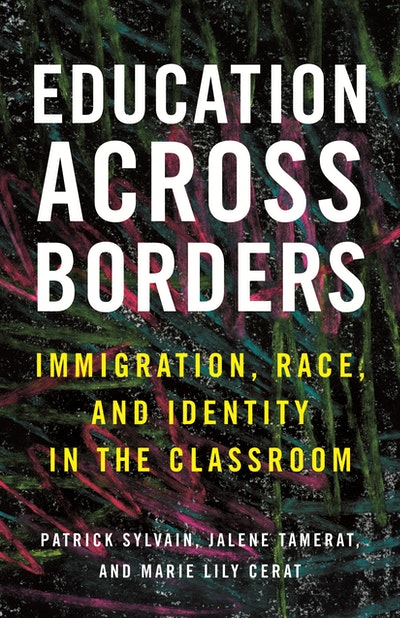 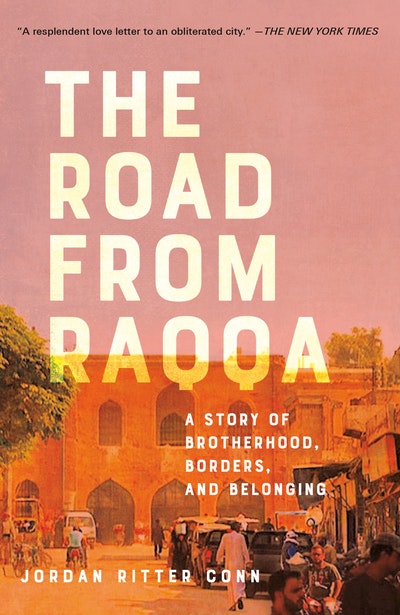