The Spanish Flu of 1918 and How it Changed the World

Tells the devastating story of the Spanish flu - the twentieth century's greatest killer.

Read the devastating story of the Spanish flu - the twentieth century's greatest killer - and discover what it can teach us about the current Covid-19 pandemic.

'Both a saga of tragedies and a detective story... Pale Rider is not just an excavation but a reimagining of the past' Guardian

With a death toll of between 50 and 100 million people and a global reach, the Spanish flu of 1918-1920 was the greatest human disaster, not only of the twentieth century, but possibly in all of recorded history. And yet, in our popular conception it exists largely as a footnote to World War I.

In Pale Rider, Laura Spinney recounts the story of an overlooked pandemic, tracing it from Alaska to Brazil, from Persia to Spain, and from South Africa to Odessa. She shows how the pandemic was shaped by the interaction of a virus and the humans it encountered; and how this devastating natural experiment put both the ingenuity and the vulnerability of humans to the test.

Laura Spinney demonstrates that the Spanish flu was as significant - if not more so - as two world wars in shaping the modern world; in disrupting, and often permanently altering, global politics, race relations, family structures, and thinking across medicine, religion and the arts.

Laura Spinney is a science journalist and a literary novelist. She is the author of two novels and her writing on science has appeared in National Geographic, Nature, The Economist and The Telegraph, among others. Born in the UK, she has also lived in France and Switzerland. 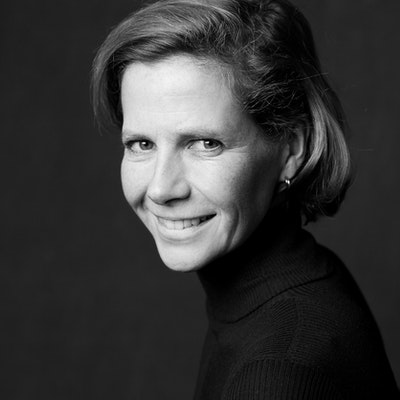 With superb investigative skill and a delightfully light-hearted writing style, Spinney extends her analysis far beyond the relatively short duration of the plague... I’ve seldom had so much fun reading about people dying.

Both a saga of tragedies and a detective story... Pale Rider is not just an excavation but a reimagining of the past.

Vividly recreated, grimly fascinating… Coolly, crisply and with a consistently sharp eye for the telling anecdote, Spinney ... demonstrates how the Spanish flu cast a long shadow over the 20th century.

Impressive... packed with fascinating, quirky detail... As the centenary of this monumental event approaches, other volumes on the pandemic will undoubtedly appear. Pale Rider sets the bar very high.

Influenza, like all viruses, is a parasite. Laura Spinney traces its long shadow over human history… In Europe and North America the first world war killed more than Spanish flu; everywhere else the reverse is true. Yet most narratives focus on the West… Ms Spinney’s book goes some way to redress the balance.

Laura Spinney provides a vivid account of the medical mysteries surrounding this exceptionally lethal disease and its long-term consequences. The main fascination of her wonderfully absorbing book lies in its international comparisons, reinforced by harrowing narratives of personal experiences… Pale Rider offers an important if unsettling reminder that stories about epidemics cannot be safely relegated to the past.

Engaging, delivering the necessary science in the tone of a trendy lecturer who is chatty and informal but always authoritative… The post-war world created treaties, organisations and protest groups to prevent global conflict recurring, yet the century’s biggest killer may have been something else entirely. This fascinating, frightening book will begin to redress that dangerous historical imbalance.

Spinney, an admired science journalist, conjures the drama of the Spanish flu… Pale Rider is not just an excavation but a reimagining of the past… The renowned virologist John Oxford concurs: “H1N1 has a proven capacity to kill,” he says, “and we don’t need to be sitting here taking it like they did in 1918.” Spinney has ably lent her pen to the cause.

Spinney’s book provides a masterful account of the possible origins, spread and cultural consequences of this modern-day plague. Especially interesting are the context-providing sections on humanity’s millennia-old encounter with flu and on the frantic, flawed, attempts to understand the science behind the outbreak.

No one has yet to take as wide-sweeping an approach as Laura Spinney does in her new book, Pale Rider. Spinney…is a storyteller with a science writer’s cabinet of facts.

A terrific, sweeping account of something that’s much more important than most people think