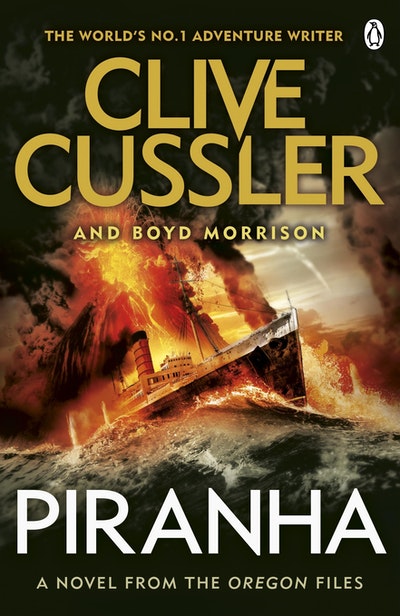 May 1902: a volcano erupts on the French island of Martinique with devastating force. But the local population are not its only victims. Also destroyed is a ship carrying a German scientist on the verge of an astonishing breakthrough. More than a century later, Juan Cabrillo and the crew of the Oregon are about to confront that scientist's terrifying legacy.

Cabrillo and his crew are forced to meticulously fake the sinking of the Oregon during a covert operation. But when an unknown adversary tracks them down despite their best-laid plans, Cabrillo and his team struggle to fight back against this would-be assassin who seems able to anticipate their every move.

Meanwhile it appears that a traitorous American weapons designer has completed the long dead German's work, and now wields an extraordinary power. This discovery forces the Oregon out of the shadows to prevent an attack that would lead the largest one man empire the world has ever known . . .