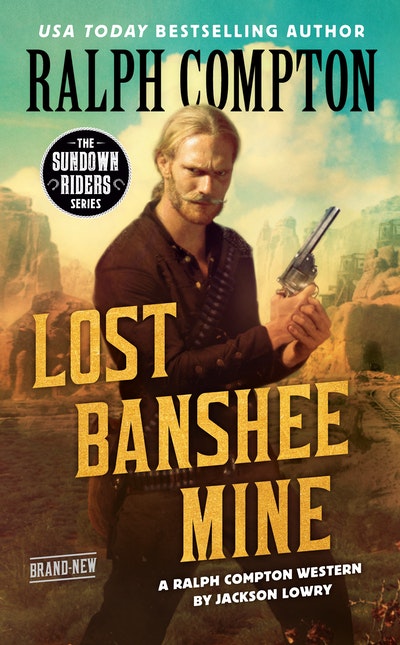 In this new installment in bestseller Ralph Compton’s the Sundown Riders series, two struggling miners might’ve found their ticket to fortune when they buy a treasure map, but there are shady characters who will stop at nothing to take it from them.

England Dan Rutledge and his partner John Cooley have worked their claim for a year and are barely eking out a living. When Cooley shows up with a map of the abandoned Irish Lord Mine he drunkenly bought off a shady cowboy, England Dan is sure it’s a complete fraud. After all, no one knows what happened to the most valuable gold mine in the Superstition Mountains after a banshee frightened off the last owner.

But when England Dan gets a good look at the map, details start clicking into place. Maybe they have the key to a fortune after all! But soon an infamous bank robber shows up looking for this mysterious map he claims is his. Now England Dan and his partner will have to fight off hostile Indians, miners, and a dangerous felon to find the cache of gold and strike it rich.