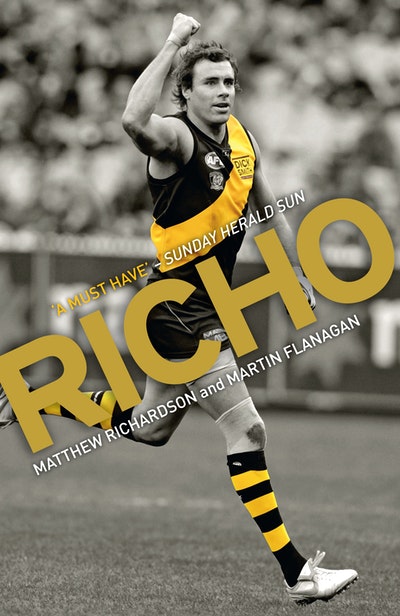 Matthew Richardson, known as Richo, retired in 2009 as the most popular player in the AFL. Why was that? The careers of other great players like Nathan Buckley and Michael Voss amount to a sort of sporting perfection. Richo's career didn't. He was fallible. His kicking was flawed and he had an inability to hide his feelings on the ground but in other respects he was extraordinarily gifted. He was one of the best marks in the competition and it is said he could have run for Australia.

His father, Alan "Bull" Richardson, played in Richmond's 1967 premiership team, a pivotal result in the history of the club. On his mother's side, he is descended from a black American sailor who arrived in Sydney in 1840. The average AFL career lasts three years. Richo's lasted 17 seasons. In that time, the general public got to appreciate his great bravery and his passion for both the game and his club. They also learned that, off the field, he was a humble, polite man who was always last on to the team bus because he was signing autographs.

"Richo", the book, is essentially an account of the last two years of his football life with flashbacks that trace the outline of his long career. In the process, the author, Martin Flanagan, discovers a man who is worldly and much-travelled, who has a deep love of music and who thinks and uses words in a novel way. Richo is an Australian original.

The book climaxes with the 2008 season when Richo, in what was seen as a prelude to his delisting, was taken from the key forward position he had dominated for nearly two decades and put on a wing. At age 33, he responded by almost winning the Brownlow medal.

Martin Flanagan writes for the Age newspaper and is the author of twelve books, among them "The Call", an imaginative re-construction of the life of Tom Wills, a founder of the game, and "The Last Quarter", a trilogy of his football books.

What people have said about Martin Flanagan's football writing:

'Martin Flanagan must never be allowed to stop writing football. I say this because he is the only football writer I have read who is so good I think he could nearly describe a heartbeat - and that, if you want to touch the essence of football, is what you have to do.' Don Watson

'If I'm ever prompted, I have no hesitation in nominating Martin Flanagan as my favourite writer… I only hope I can see the game off the field as well as he does.' Nathan Buckley

'I like Martin's writing, and I know most players do too, because he comes from a different perspective.' James Hird

'The best of Flanagan has a finesse and feeling that no current Australian sports-writer approaches, let alone equals.' Gideon Haigh

'I love his brain.' Kevin Sheedy 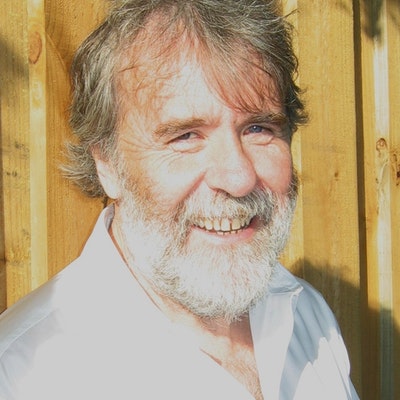 Matthew Richardson, 35, retired late last year after 282 games and 800 goals for the Richmond Football Club. Born in Devonport, Tasmania, he played his entire football career for the Tigers. Since retirement he has proved an adept and entertaining football commentator for the Ten Network. 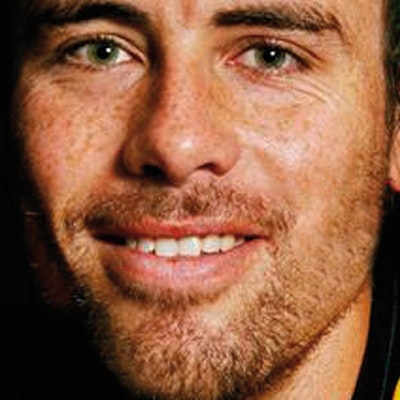