Liverpool into the 21st century: The Players' Stories 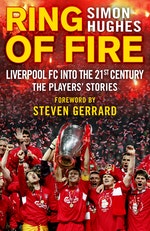 With a foreword by Steven Gerrard and interviews with major Liverpool players and managers, Ring of Fire focuses on a tumultuous decade in the club's history - the 2000s.

Following the success of Simon Hughes’ Red Machine and Men in White Suits, books which depicted Liverpool FC’s domination during the 1980s and its subsequent fall in the 1990s, Ring of Fire focuses on the 2000s and the primary characters who propelled Liverpool to the forefront of European football once again. With a foreword by Steven Gerrard, this is the third edition in a bestselling series based on revealing interviews with former players, coaches and managers.

For Liverpool FC, entry into the 21st century began with modernisation and trophies under manager Gérard Houllier and development was then underpinned by improbable Champions League glory under Rafael Benítez. Yet that is only half of the story. The decade ended with the club being on the verge of administration after the shambolic reign of American owners, Tom Hicks and George Gillett.

In Ring of Fire, Hughes’ interviewees – including Jamie Carragher, Xabi Alonso and Michael Owen – take you through Melwood’s training ground gates and into the inner sanctum, the Liverpool dressing room. Each person delivers fascinating insights into the minds of the players, coaches and boardroom members as they talk frankly about exhilarating highs and excruciating lows, from winning cups in Cardiff and Istanbul to the political infighting that undermined a succession of managerial reigns.

Ring of Fire tells the real stories: those never told before by the key players who lived through it all. 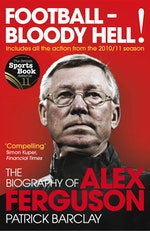