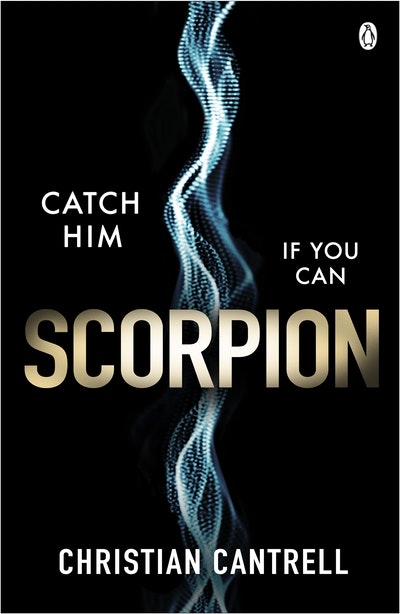 Around the world, people have been murdered. The victims fit no profile, the circumstances vary wildly, but one thing links them all: in every case the victim is branded with a number.

With police around the globe floundering, CIA Analyst Quinn Mitchell is called in to investigate.

No-one is better than Quinn at finding patterns, and it's not long before she's on the killer's tail.

As she races against time to find out who the killer is, she is prepared to catch this ice-hearted assassin with limitless resources.

What she isn't prepared for is the person pulling the strings...

The plot is intriguing and twisty, and Cantrell has a compelling narrative style. A fast-paced near future thriller that will mess with your head

[Scorpion] takes place in an only slightly futuristic world that snaps and bristles with technological capabilities that may seem distant or improbable but which are in fact just around the corner. There's snappy dialogue, sharp observation, and compelling characters in Quinn, Ranveer, and Henrietta; the technology sings, the physics is plausibly presented, and the suggestion of time travel fascinates. A fast, fun, and intelligent SF thriller.

An exceptional, fast-paced thriller featuring a tech-empowered assassin whose pattern and objective you've never seen before, chased by a heroine with tenacious grit

Written with a unique blend of vim and wit, Scorpion is a cat-and-mouse, edge-of-your-seat, mind-blowing speculative techno thriller with a killer twist!

This stunning debut thriller will have you on the edge of your seat.

A gripping real-world espionage thriller . . . Cantrell's worldbuilding is spot-on. It's enough to keep you guessing all the way up to an ending few will predict