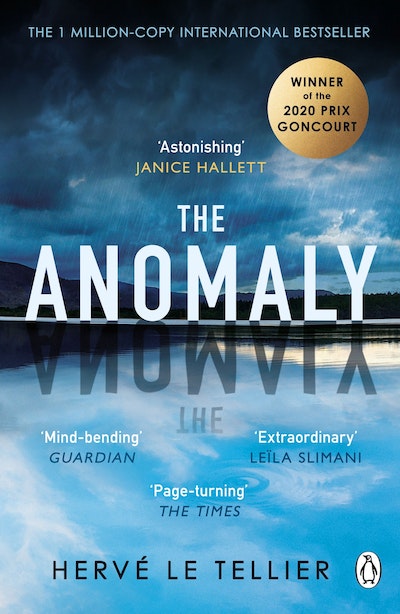 The mind-bending thriller that has sold 1 million copies

If there are two of you, and just one life - who gets to live it? Discover the international million-copy bestseller and profoundly brilliant 2020 Prix Goncourt winner

When flight Air France 006 enters a terrifying storm, the plane - inexplicably - duplicates. For every passenger on board, there are now two.

Just one thing sets them apart. One plane leaves the storm in March. The other doesn't land until June. For world leaders, the emergence of the June flight raises serious alarms. No science, faith, or protocol can explain this unprecedented event.

But for the passengers, a bigger question is at stake. What happens to them, now that their life is shared?
And as the doubles prepare to meet, only one thing is certain: life as they know it, will never be the same. 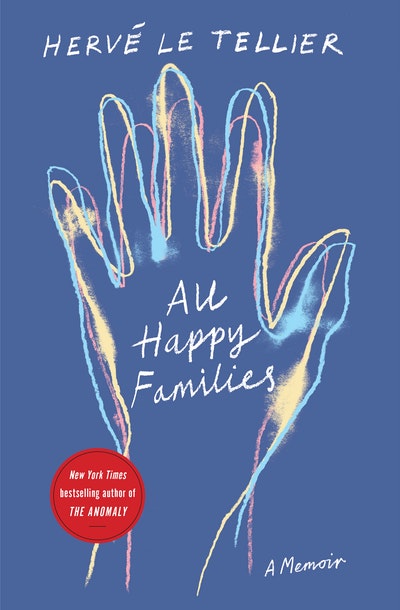 Praise for The Anomaly

A brilliant, extremely inventive book. Like an astounding screenplay for an American blockbuster, written by a Frenchman who is having fun with it

Hervé le Tellier has written an impossible novel. It's a thriller but also a fantasy. A choral novel, which is also surrealist. An adventure, a page turner, a bestseller, but also an experimental, highly literary work

How would society respond to the inexplicable? This is the question the author tries, with intelligence, elegance and humour, to answer. Hervé le Tellier has written a frank and gripping novel with complex, moving characters. You won't be able to put it down!

The situations are mad, but the questions they raise, far less so. Such is the profundity of this astonishing book: it makes light of itself, lending an air of fantasy to the fates of its characters, while Hervé le Tellier holds a mirror up before us

Le Tellier, throughout this flight, deposits on the tarmac his stunned reader, ready to applaud

The novel is a tour de force which both dives into the personal lives of several characters and at the same time gives a group perspective on an international event which verges on science fiction. The taut rhythm of the investigation keeps the reader on tenterhooks

Somewhere between fable and science fiction, it's a fascinating novel

The novel weaves a surprising story out of several narrative threads which give Hervé le Tellier the opportunity to touch on as many literary genres as he does themes, in a biting and often funny critique of the start of the 21st century

A uniquely, gloriously, provocatively French contribution to the sci-fi thriller genre - it will keep you guessing, get your heart pounding, and make you feel and wonder and - above all - think

The Anomaly is a brilliant balancing act of a novel, a fantastic rush and ride that works on myriad levels, at various depths, and in a multitude of styles. It's a precise and erudite literary treat, a comedic sociopolitical-religious skewering of these contemporary times, a philosophical-scientific-mathematical dive into the puzzles of possibility, space, and time, and an ingenious thought experiment that lends itself easily to ad infinitum analysis and dissection. It's also entirely grounded in human nature. Le Tellier's pointillistic characters are, like all of us, buffeted by desires, seeking love, striving, aging, making good and bad decisions, choosing the right or wrong paths, believing they know and understand themselves, utterly trusting in free will. Highly intelligent, ironic without cheap cynicism, The Anomaly is an immensely fun novel, an immersive experience that leaves the reader analysing everything anew

Cherise Wolas, author of The Resurrection of Joan Ashby and The Family Tabor

In The Anomaly, Hervé Le Tellier has delivered a volatile and compelling thriller that has you hurtling toward the mystery at the heart of the novel from page one. The Anomaly is a gripping and moving blend of Blake Crouch's Dark Matter, the television show Lost, with a bit of The Philadelphia Experiment thrown in for good measure. I couldn't put it down.

Sam Taylor, author of The Island At The End Of The World

An extraordinary mix of existential thriller and speculative fiction. Questions of philosophy, mathematics and astrophysics bend this novel far from the typical mold, and Le Tellier's characters must confront the deepest questions of existence. This thought-provoking literary work deserves a wide readership

The Anomaly is one and ten novels at once, brilliantly connecting every mystery of intimacy with the great mystery of humanity

Excellent...at once zeitgeisty, intelligent, and entertaining

An addictive page-turner, The Anomaly flirts with thriller and science fiction, and mirrors the best televisions series in its very effective orchestration of suspense. Filled with fascination existential and metaphysical questions, this is an effective, funny and discreetly melancholy novel

I was completely blown away by this genre-defying masterpiece. Part thriller, part philosophical rumination on what makes us human, and with a dash of theoretical physics; this is an absolute must-read

Exhilarating, thought-provoking, funny, and devastating. The Anomaly is unlike anything else I've read this year

Laure Van Rensburg, author of Nobody But Us

Buckle your seatbelts, as Hervé le Tellier takes you on an extraordinary ride. You won't want to put this book down until the very last page!

Leïla Slimani, author of Lullaby, winner of the 2016 Prix Goncourt

A witty, erudite novel, teeming and minutely detailed, a treat throughout, with-at its centre-that head-spinning conceit that will leave you deep in thought for a long time after reading the final page. It is rare to have so much fun with something so intelligent

Nicolas Mathieu, author of And Their Children After Them, winner of the 2018 Prix Goncourt

Wow, what an exciting, original blend of theory and heart. It's astonishing. I can't describe it, except to say: read it, and prepare for a whole new perspective on your own existence - and plane travel

It's a phenomenal read. I loved how it tied together. So clever yet also so gripping

A French literary phenomenon...The Anomaly captured a moment when the pandemic stopped the world and existence veered toward the virtual. It swerves between various genres - science fiction, a thriller, love stories, an introspective work - without being confined by any of them

Manifest meets Lost in The Anomaly...a puzzle box of a sci-fi thriller

Humorous, captivating, thoughtful - existentialism has never been so thrilling

A striking thought experiment...Le Tellier delivers some sharp social comedy here. But behind the comedy are more profound psychological questions about individual freedom. The Anomaly is priceless

A speculative thriller from literary powerhouse Hervé le Tellier. Perfect for those who like their realities unstable

Fantastic...The Anomaly wears its name well: it's rare in France that a work combines the best of American TV series with an impeccable mastery of the French psychological novel

The buzz around this Goncourt prize-winner is richly deserved, and just when you think you've worked it out . . . well, you probably haven't

An intoxicating mix of the magical and life's big questions

It is intricate, ingenious, propulsive - but it is also affecting

A delight. Intricate, ingenious, propulsive - but also affecting, with numerous moments that are terribly poignant along with its puzzles and winks

The Anomaly is thought-provoking and philosophical yet thrilling too, with superbly drawn characters, a dynamic plot, and a fascinating question at its heart - what if the entire world as we know it is a lie?

A master of one-touch characterisation. Le Tellier's genius is in making the unimaginable feel authentic

Mind-bending. Herve Le Tellier's emotional and intellectual rollercoaster is well worth the ride

This high-concept SF thriller is enormous fun: a French prize winner spiced with Oulipian theory and literary in-jokes, riddling away at existential questions in the guise of a breakneck page-turner'

A funny, smart thriller that surfs the Zeitgeist with typical elan