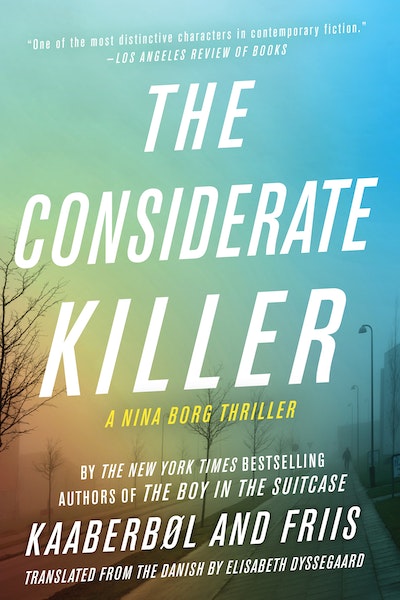 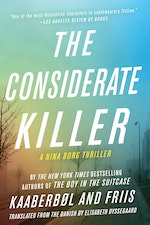 Scandinavian crime series In an attempt to save their marriage, Nina Borg and her husband traveled to a beach resort in the Philippines for a dream vacation. Only now, six months later, does Nina begin to understand the devastating repercussions of that trip—repercussions that have followed her home across the globe to Denmark. On an icy winter day, she is attacked outside the grocery store. The last thing she hears before losing consciousness is her assailant asking her forgiveness. Only later does she understand that this isn’t for what he’s just done, but for what he plans to do to.

As Nina tries to trace the origin of sinister messages she’s received, she realizes the attempt on her life must be linked to events in Manila, and to three young men whose dangerous friendship started in medical school. Time and circumstance have forced them to make impossible choices that have cost human lives.

It’s a long way from Viborg to Manila, and yet Nina and her pursuer face the same dilemma: How far will they go to save themselves?

Praise for The Considerate Killer

“Praise for The Considerate Killer "Powerful... As in previous installments, Kaaberbøl and Friis tackle social justice issues head-on." —Mystery Scene  "One of the most distinctive characters in contemporary fiction." —Los Angeles Review of Books "If this indeed is the finale, the series will end on a high-flying note.... [W]e have four fine books in a series that demands to be read and re-read." —Bookreporter.com "Chilling and startling... A very satisfying conclusion to a gripping series." —Fresh Fiction's Fresh Pick "Uncompromising." —Reviewing the Evidence "Intriguing." —Booklist "Seldom do readers get to know a character who so wholeheartedly—and blindly—throws herself into the role of White Knight, constantly battling to do right, unceasing in her fight to give a voice to the powerless. Yes, the stories are excellent, but Nina is the reason I recommend this series." —Kittling Books Praise for Death of a Nightingale A BBC Front Row Best Crime Novel of the Year A Publishers Weekly Top 10 Mystery of the Year A Book Page Best Mystery & Thriller of the Year An IndieNext Selection A Public Library Association LibraryReads Selection "[Nina] joins the sisterhood of run-amok heroines like Homeland's Carrie Mathison and Lisbeth Salander of The Girl with the Dragon Tattoo. Nina doesn't just have a bee in her bonnet—she has a whole hive. And it's buzzing away in her latest adventure, Death of a Nightingale, an elaborately plotted page-turner that flits from today's liberal-minded Denmark and mobbed-up Ukraine to the starvation-racked Soviet Union of the Stalinist '30s." —John Powers, NPR's Fresh Air "Death of a Nightingale is a gripping and elegant tapestry of a novel. A seamless weaving of psychological depth and rocket-paced plotting, the story hooked me in and the strong, complicated, and fascinating women at its center kept me utterly riveted cover-to-cover.  Nina Borg is one of my new favorite heroines!" —Lisa Unger, New York Times bestselling author of In the Blood "Feminist outrage fuels the politically pointed novels of the Danish writing partners Lene Kaaberbøl and Agnete Friis . . . Nina is all heart and her efforts to bring justice to women like Natasha are heroic." —New York Times Book Review "A moving story . . . [Kaaberbøl and Friis] tell a socially conscious—and, at times, critical—tale about immigration issues that apply both to Denmark and the U.S. without sacrificing the urgency of the best thrillers." —Oprah.com From the Hardcover edition.”