Stephanie Garber's Caravalmeets Kendare Blake’s Three Dark Crowns and Sarah J. Maas’s A Court of Thorns and Rosesin this gripping, dark fairytale fantasy about two girls who must choose between saving themselves, each other, or their sinking island city.

Every year on St. Walpurga's Eve, Caldella’s Witch Queen lures a boy back to her palace. An innocent life to be sacrificed on the full moon to keep the island city from sinking.Convinced her handsome brother is going to be taken this year, Lina Kirk enlists the help of the mysterious Thomas Lin, her secret crush, and the only boy to ever escape from the palace after winning the love of a queen. Working together they protect her brother but draw the queen's attention.Queen Eva cast away her heart when her sister died to save the boy she loved. Now as queen, she won't make the same mistake. With the tide rising higher than ever before and the islander's whispering that Eva's magic is failing, she's willing to sacrifice anyone if it means saving herself and her city. When Thomas is chosen as sacrifice, Lina takes his place and the two girls are forced to spend time together as they wait for the full moon. But Lina is not at all what Eva expected, and the queen is nothing like Lina envisioned. Against their will, the two girls find themselves falling for each other. As water floods Caldella’s streets and the dark tide demands its sacrifice, they must choose who to save: themselves, each other, or the island city relying on them both.

Alicia Jasinska is a fantasy writer hailing from Sydney, Australia. A library technician by day, she spends her nights writing and hanging upside down from the trapeze and aerial hoop. The Dark Tide is her debut novel. Visit her at aliciajasinska.com. 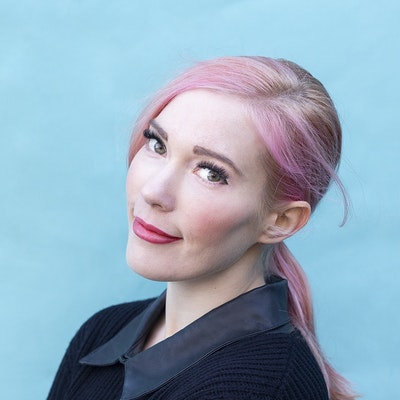 Praise for The Dark Tide

Lina Kirk and her brother, Finley, live in Caldella, an island city in danger of being swallowed by the rising inky tide waters. Every year the queen chooses an islander boy to sacrifice to keep the waters calm for another year. This year’s sacrifice is crucial because the previous year, Queen Eva’s sister sacrificed herself to save the boy she loved. When Lina’s brother disappears, it can only mean that he has been chosen to avenge the death and save the island. Lina shoulders several burdens: convincing the queen that the madness of annual sacrifice must stop, confronting evil, and acknowledging her growing attraction to the queen. Determined characters and seductive prose are among the strengths of this novel. Jasinska voices the protagonist, her allies, and all shape-shifting villains throughout so sympathetically that readers will not be able to predict any outcome. Cinematic descriptions right out of an epic movie script, such as Lina’s dance with a deadly sea serpent, are as gripping as the sparse moments of melancholy: “No more boys given to the sea. No more glorifying death and striking bloody bargains with the tide.” A number of romantic relationships are hinted at, but the plot’s primary focus is the individual’s struggle for power over death. VERDICT A dark scenic adventure, sensitively written for romantics, Jasinska’s debut novel is a fantasy of promises, betrayal, unrequited love, and black magic.

The Dark Tide is a lush, dark YA fairytale that enchants from the first pages. Eva and Lina spring from the page sharp and aching for connection . . . As Eva and Lina grappled with their complex feelings and difficult moral quandaries I really didn’t know if they’d choose their duty or each other, and I was breathless racing to find out. The Dark Tide is for fans of of Spinning Silver by Naomi Novik and A Court of Thorns and Roses by Sarah J Maas.

The Dark Tide demands to be read in one held breath as its tide bears down on all.

Readers of 13 and up who have a passion for dark fairy tales and well-written fantasy are going to love The Dark Tide . . . a compelling, darkly romantic fairy tale that I know I’m going to enjoy going back to again and again.

[Alicia Jasinska] has created a unique new world and an original story, built upon the timeless themes of love, sacrifice and magic . . .This is a wonderful debut – well written and well-paced, with believable, three-dimensional characters and an intriguing plot . . . Recommended for public and secondary school libraries.

An immersive young adult fantasy debut . . . It was a delight and breath of fresh air to read a fairytale-like story with strong and independent female characters – who aren’t pitted against each other – and with queer representation as well.