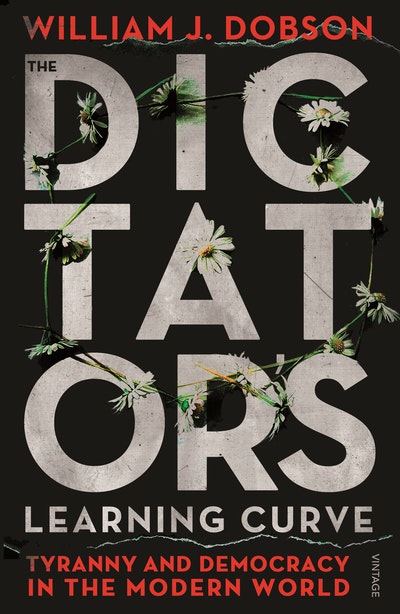 Tyranny and Democracy in The Modern World

In this riveting anatomy of the new face of authoritarianism, acclaimed journalist William Dobson takes us inside the battle between modern dictators and those who challenge their rule.

It’s not easy being a dictator these days. Since the end of the Cold War, dictatorships worldwide have been on the decline and those that survive have changed dramatically. Not so long ago, blunt weapons were used to keep citizens under control, but in a globalised world connected to new media more subtle methods for preserving power have replaced yesterday’s forms of intimidation. The Dictator’s Learning Curve gives a fascinating insight into the way dictators are adapting to the demands of the modern world, and their insidious efforts to disguise their regimes as democracies. Mubarak, Ben Ali and Gaddafi may be gone, but the Arab Spring is only the latest front in a worldwide battle between freedom and oppression. In this page-turning and authoritative book, William J. Dobson illuminates the connections and differences between authoritarian regimes in places as far apart as Russia, China, Venezuela, Egypt and Malaysia. Drawing on first-hand testimony from those close to these governments and those who challenge them – from incarcerated dissidents, student revolutionaries, to Serbian and American 'trainers in nonviolent revolution' –Dobson shows that we are witnessing an incredible moment in the war between dictators and democracy.

William J. Dobson is politics and foreign affairs editor for Slate. He has been an editor at Foreign Affairs and Newsweek International. Under his direction, Foreign Policy won the coveted National Magazine Award for General Excellence in 2007 and 2009. His articles and essays have appeared in TheNew York Times, TheWashington Post, and TheWall Street Journal. He lives in Washington, DC.