The Divorce of Henry VIII

‘An eye-opening book, an intricate and fascinating story’ Hilary Mantel

1527. Henry, desperate to marry Anne Boleyn and ensure the Tudor line asks Pope Clement VII to grant him a divorce. Enter Gregorio Casali, an Italian diplomat hired to represent Henry’s interests in the Vatican. Through six years of persuasion, threats and bribery Casali lives by his wits, playing off one powerful patron against another, negotiating with ambassadors from Spain, France and beyond, each crowding the Vatican to press their interests in the Tudor break up. Before it is done, Henry will decide to divorce not just Catherine, but the Church itself. Set against the backdrop of war-torn Renaissance Italy, The Divorce of Henry VIII combines a gripping family saga with a highly charged political battle between the Tudors and the Vatican to reveal the extraordinary true story behind history’s most infamous divorce.

(Originally published with the title Our Man in Rome)

Catherine Fletcher is a historian of Renaissance and early modern Europe. Her previous books include The Black Prince of Florence: The Spectacular Life and Treacherous World of Alessandro de' Medici and The Divorce of Henry VIII: The Untold Story. Catherine is Professor of History at Manchester Metropolitan University and broadcasts regularly for the BBC.

Praise for The Divorce of Henry VIII

An eye-opening book, an intricate and fascinating story of an elusive man with an impossible job. A brilliant and impressive feat of original research, and necessary reading for anyone fascinated by the story of Henry’s divorce... Catherine Fletcher has allowed the story to tell itself, except that she’s been so clever in the telling of it, cutting through to what matters without over-simplifying

A glittering debut...drawing on the unexplored riches of Italian Renaissance archives, enlarges the well known story, and to magnificent effect

A marvel of close-up detective work

Fletcher does her subject great credit. She makes no attempt to either embellish or simplify. She simply tells a cracking story well, in plenty of detail with clarity and insight. Above all she resists the temptation to overlay past events with modern cultural and emotional responses. Her protagonists are never anything but true to their selves and Fletcher richly deserves the title of historian. Jonathan Rhys Meyers need not apply.

The greatest joy of this splendid book is that it dwells on context. You'll emerge with a keener sense of why the dynastic priorities of Henry VIII ("a mid-ranking northern monarch, a player on the European stage but far from the star of the show") managed to cause such a fuss 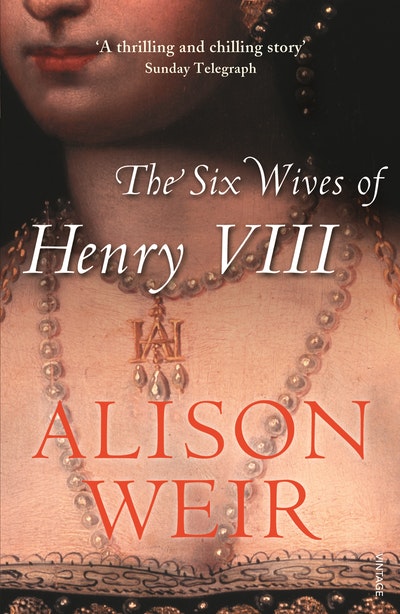