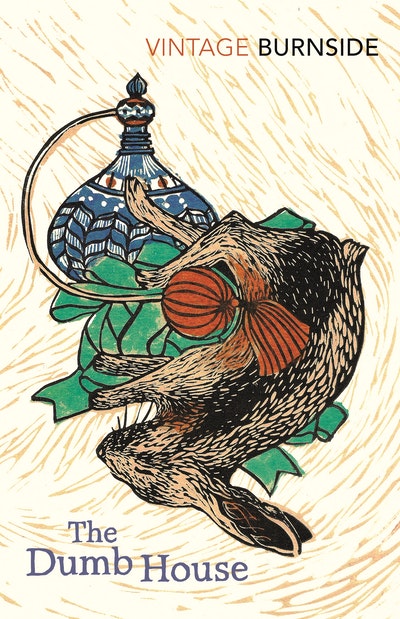 As a child, Luke's mother often tells him the story of the Dumb House, an experiment on newborn babies raised in silence, designed to test the innateness of language. As Luke grows up, his interest in language and the delicate balance of life and death leads to amateur dissections of small animals - tiny hearts revealed still pumping, as life trickles away. But as an adult, following the death of his mother, Luke's obsession deepens, resulting in a haunting and bizarre experiment on Luke's own children.

John Burnside is amongst the most acclaimed writers of his generation. His novels, short stories, poetry and memoirs have won numerous awards, including the Geoffrey Faber Memorial Prize, the Whitbread Poetry Award, the Encore Award and the Saltire Scottish Book of the Year. In 2011 he became only the second person to win both the Forward and T. S. Eliot Prizes for poetry for the same book, Black Cat Bone. In 2015 he was a judge for the Man Booker Prize. He is a Professor in the School of English at St Andrews University.

Praise for The Dumb House