The Fever Tree
Jennifer McVeigh
About the book
Categories:
Share…

Frances Irvine, left penniless after her father's sudden death, is forced to emigrate to the Cape. In this barren country, she meets two very different men - one driven by ambition, the other by ideals. When a smallpox outbreak sends her to the diamond mines, she is drawn into a ruthless world of greed and exploitation, of human lives crushed in the scramble for power. But here - at last - she sees her path to happiness. Torn between passion and integrity, she makes a choice that has devastating consequences...

'Place and people come alive in this book... a gripping story' Kim Edwards, author of The Memory Keeper's Daughter

'I loved it. It's a beautifully written novel of great feeling' Rachel Hore, best-selling author of The Place of Secrets

'There is nothing more exciting than a new writer with a genuine voice. I loved it' Julian Fellowes, creator of Downton Abbey

'A compelling read with a Gone with the Wind feel to it - I was hooked' Katharine McMahon, author of The Alchemist's Daughter

'A skilled unfolding of a woman's struggle with desire, class divide and disease in 19th Century South Africa' Financial Times

'McVeigh's attention to the material culture of South Africa that really fascinates: no object is too small to attract her notice, and through accumulation such objects become evocative and strangely moving - well worth reading' TLS

'An epic story of love, deception and courage' Patricia Wastvedt, author of The German Boy

'A bewitching tale of loss, betrayal and love' Vogue

'An unforgettable journey into a heart of darkness: romantic and tragic, a tale of honour and redemption, it leaves wide vistas of a harsh yet beguiling landscape shimmering in the imagination long after the last page is turned' Deborah Lawrenson, author of The Lantern

'All the delicious elements of a romantic classic, seasoned by evocative prose and keen moral commentary. Gobble it up and then shelve it next to the Brontë sisters' Hillary Jordan, best-selling author of Mudbound

Jennifer McVeigh graduated from Oxford University in 2002 with a First in English Literature. She went on to work in film, television, radio and publishing, before giving up her day job to write fiction. She has travelled across East Africa and South Africa, often in off-road vehicles, driving and camping along the way. The Fever Tree is her first novel.
%%%1878. South Africa. A country torn apart by greed.

Frances Irvine, left destitute by her father's sudden death, is forced to travel from the security and familiarity of her privileged English life to marry Edwin Matthews, an ambitious but penniless young doctor in South Africa.

They are posted to a smallpox station on the vast, inhospitable plains of the Karoo but she is so caught up in her own sense of entitlement and loss of status that she cannot recognise its hidden beauty nor the honour and integrity of the man she has married. All her hopes for happiness seem destroyed when her husband exposes the epidemic that is devastating the native community in the diamond-mining town of Kimberley. Here, the gleaming houses of the rich disguise the poverty of a labour force under coercion, and Frances is drawn into a ruthless world of wealth and opportunity, where influential men 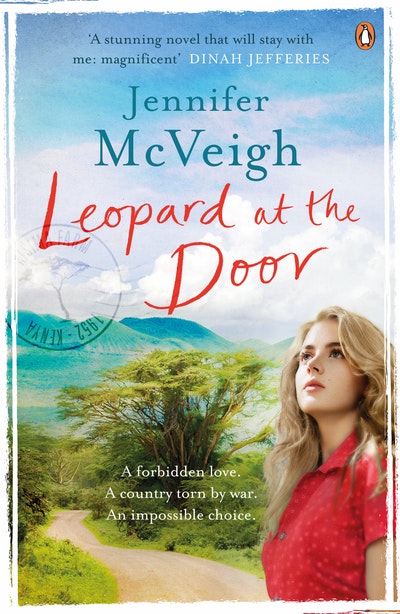