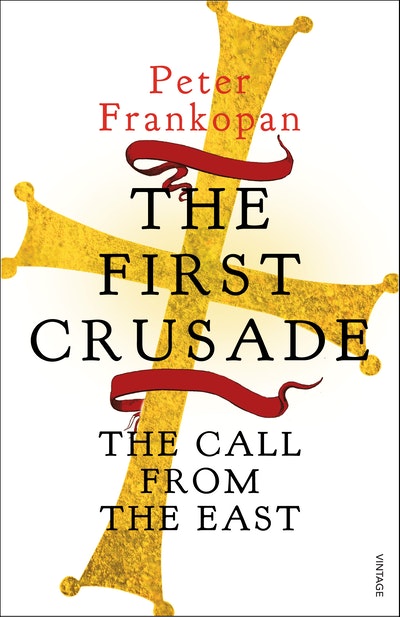 The Call from the East 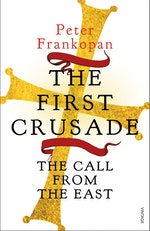 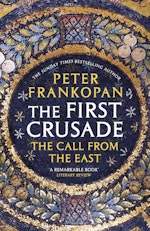 The first book on the Crusades to pay focus on the real backdrop and catalyst of the First Crusade from a talented and gifted debut historian.

In 1096, an expedition of extraordinary scale and ambition set off from Western Europe on a mass pilgrimage to Jerusalem. Three years later, after a journey which saw acute hardship, the most severe dangers and thousands of casualties, the knights of the First Crusade found themselves storming the fortifications and capturing the Holy City from its Muslim overlords. Against all the odds, the First Crusade had returned Jerusalem to Christian hands.

The First Crusade is one of the best-known and most written-about events in history. The story of knights taking up arms and crossing Europe to liberate Jerusalem enthralled writers at the time and has thrilled historians and readers ever since.

The First Crusade: The Call from the East is the first book, however, to address the history of the expedition from the perspective of Constantinople. It argues that, contrary to received wisdom, the Byzantine Empire and its ruler – the Emperor Alexios I Komnenos – were facing annihilation on the eve of the Crusade, and that the situation in Asia Minor and in Constantinople had been unravelling rapidly and disastrously from the start of the 1090s. It was for this reason that pleas for military support were made to the papacy – as well as to prominent aristocrats in Western Europe around this time.

With its themes of the rise of the papacy, the confrontation between Christianity and Islam, the evolution of the concept of holy war, of knightly piety and religious devotion, it is not surprising that the First Crusade has proved enduringly popular, capturing the imagination of a wide audience for centuries.

In this fascinating and innovative study, Frankopan brilliantly shifts the paradigm and asks vital questions that have never been posed before. Why was there an overwhelming desire to liberate Jerusalem in the mid-1090s? After all, it had been taken by the Muslims nearly 500 years earlier. What were the causes of the Crusade in the east which provoked such an overwhelming response in the west? What role was played by the Byzantine emperor in Constantinople in the genesis and execution of the expedition? In short, why was there a First Crusade?

Peter Frankopan is currently Senior Research Fellow at Worcester College, Oxford and Faculty Fellow in Medieval and Modern Greek at Oxford University. He is Director-designate of the Centre for Byzantine Studies at Oxford. He took a First in History at Jesus College, Cambridge and completed his doctorate at Oxford, where he was Senior Scholar at Corpus Christi College, and Junior Research Fellow at Worcester College. He has lectured at leading universities all over the world, including at Cambridge, Yale, Harvard, NYU, King's College London, the Institute of Historical Research and at Princeton. His work has been widely published in leading academic journals, including English Historical Review, Journal of Medieval History, Crusades, Byzantine and Modern Greek Studies and in many edited volumes. His revised translation of The Alexiad by Anna Komnene was published in 2009.

Praise for The First Crusade

“Scholarly and yet accessible, and unashamedly partisan, The First Crusade, as any vibrant history should, is bound to set a lot of feathers flying”

“A nuanced and often counterintuitive story of power politics, international diplomacy and war and, ultimately that very rare thing - a truly fresh interpretation of an old story”

“The best book on the First Crusade ever written”

“Peter Frankopan's re-assessment of the Byzantine contribution to the origins and course of the First Crusade offers a compelling and challenging balance to traditional accounts. Based on fresh interpretations of primary sources, lucidly written and forcefully argued, The First Crusade: The Call from the East will demand attention from scholars while providing an enjoyable and accessible narrative for the general reader.”

Christopher Tyerman, author of God’s War: A New History Of The Crusades

“A dazzling book, perfectly combining deep scholarship and easy readability. The most important addition to Crusading literature since Runciman”

“In this fluent and dramatic account, Frankopan - quite rightly - places the Emperor Alexios at the heart of the First Crusade and in doing so he skilfully provides a texture/dimension so often missing from our understanding of this seminal event in world history. Frankopan illuminates the complex challenges that faced Alexios and deftly depicts the boldness and finesse needed to survive in the dangerous world of medieval Byzantium”

“It is not possible to do justice to a long and complex argument in a short review, and the author clearly shows that Byzantine politics played a significant part in the formulation of Western attitudes”

“Frankopan's creative revisionism pierces the armour of medieval history with a new weapon: the call of the East”

“Superb…brilliantly described…I am proceeding to tell everyone I know that they have to buy the book, read it, and change the way they teach the First Crusade”

“A scholarly but readable account of the first crusade, refreshingly repositioning it as a successful attempt by the Byzantine Emperor to save Constantinople” 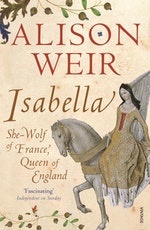 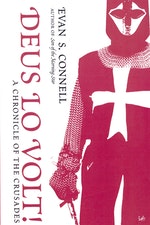 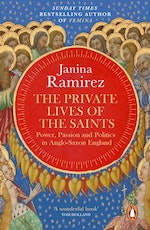 The Private Lives of the Saints
Janina Ramirez 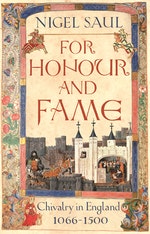 For Honour and Fame
Nigel Saul