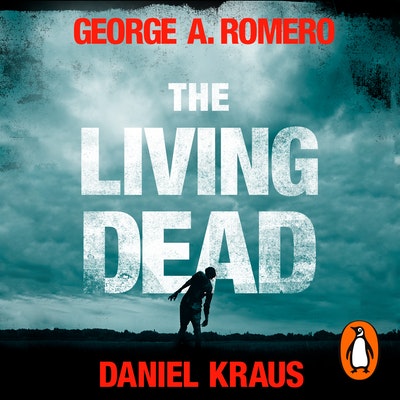 A masterpiece of zombie horror

'A horror landmark, a work of gory genius marked by all of Romero's trademark wit, humanity, and merciless social observation . . . the man who made the dead walk.' said Joe Hill, bestselling author of NOS4A2

It begins with one body. A pair of medical examiners find themselves facing a dead man who won't stay dead.

It spreads quickly. In a Midwestern trailer park, an African American teenage girl and a Muslim immigrant battle newly-risen friends and family.

On a US aircraft carrier, living sailors hide from dead ones while a fanatic preaches the gospel of a new religion of death.

At a cable news station, a surviving anchor keeps broadcasting, not knowing if anyone is watching, while his undead colleagues try to devour him.

In DC, an autistic federal employee charts the outbreak, preserving data for a future that may never come.

Everywhere, people are targeted by both the living and the dead.

We think we know how this story ends. We. Are. Wrong.

George A. Romero was an American filmmaker, writer and editor. He is celebrated for his series of gruesome satirical horror films about an imagined zombie apocalypse, including the classics Night of the Living Dead and Dawn of the Dead. He died in 2017.

Daniel Kraus is a bestselling novelist whose work includes co-authoring, with Guillermo del Toro, both The Shape of Water (which became an Oscar-winning film) and Trollhunters (an Emmy-winning Netflix series). His work has been translated into over 25 languages and he lives in Chicago.

Praise for The Living Dead

A horror landmark, a work of gory genius marked by all of Romero's trademark wit, humanity, and merciless social observations. How lucky are we to have this final act of grand guignol from the man who made the dead walk.

A sprawling, timely, scary epic that honours the zombie tradition but also goes in new directions and takes risks that pay off.

PAUL TREMBLAY, author of A Head Full of Ghosts

Like a lost Romero classic, which will play out on the inside your skull long after you've finished it.

If Night of the Living Dead was the first word in the dead rising field, The Living Dead is the last word. A monumental achievement.

The Living Dead expands, clarifies and concludes a tale more than 50 years in the telling, and does so with wit, style and a deep sense of commitment to this frequently unsettling material.

A spectacular horror epic laden with Romero's signature shocks and censures of societal ills. A blockbuster portrayal of the zombie apocalypse and a fitting tribute to the genre's imaginative progenitor.

the ultimate tribute to a remarkable career. For George A. Romero, that's a wrap. For the rest of us, we are once again reminded to "Stay Scared."

Exciting and well-written . . . a perfect farewell from the horror master, George Romero, and undoubtedly will become part of the zombie enthusiast's lexicon.

Everything you could have hoped for . . . dead good entertainment.

There's a weight and a depth to this that shows respect for the material, for Romero and for the genre. The authors know what readers want - and deliver. Pleasingly impressive.