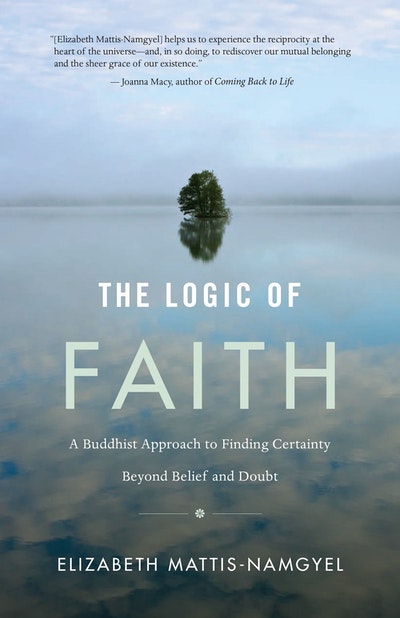 The Logic Of Faith

A Buddhist Approach to Finding Certainty Beyond Belief and Doubt

A popular American Buddhist teacher explores the creative relationship between faith and doubt, knowing and not-knowing, and shows how an awakened life results from living from the place in between.

Faith ("the F word," as the author calls it) is a problematic concept. It has various meanings, including as a way of referring to the kind of religious "faith" that people appeal to as something that gives them all the answers they need--which is the reason so many people reject the notion of faith entirely. But Elizabeth Mattis-Namgyel feels that faith is not only a useful concept, but a necessary aspect of the spiritual path, not to be avoided by Buddhists or anyone else. "Faith is a response to the basic human conundrum," she says, "our desire for an experience of ease in a world that can't be secured." It's a leap, as is sometimes said, but not a leap into easy certainty. That's why it's so beautiful. She uses the traditional Buddhist teachings known as the "Middle Way" (Madhyamaka) to show how learning to live between the extremes of faith and doubt is the way to honesty, compassion, and liberation. 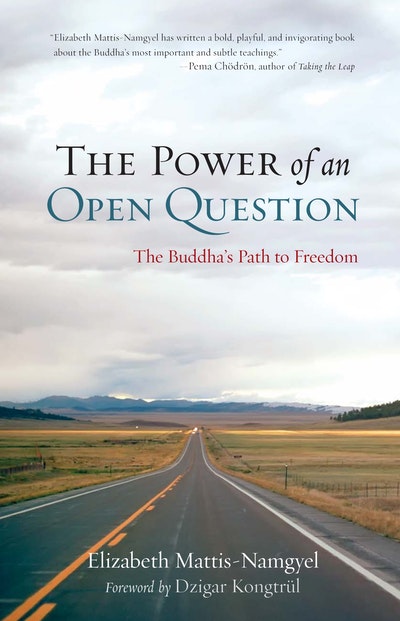 Praise for The Logic Of Faith

"I welcome The Logic of Faith with both excitement and relief. To generations of Western practitioners habituated to linear thinking, the Buddha's central teaching of Pratityasamutpada has remained a hidden jewel, taken as either too obvious to be interesting (as ‘everything has a cause’) or too arcane to be relevant to real life. Elizabeth Namgyel not only grasps, but conveys with fresh immediacy and delight the essence of this key to the Dharma. She helps us to experience the reciprocity at the heart of the universe—and, in so doing, rediscover our mutual belonging and the sheer grace of our existence." --Joanna Macy, author of Coming Back to Life and Mutual Causality in Buddhism and Systems Theory