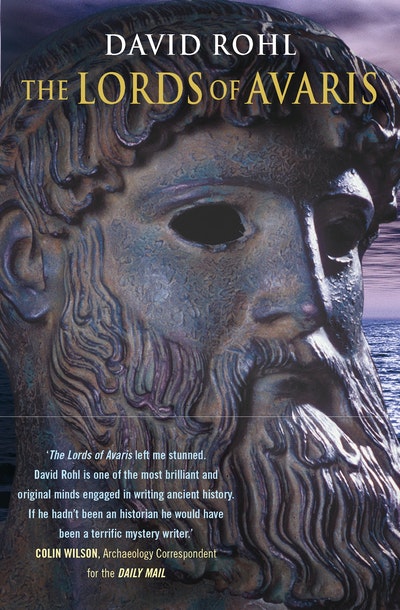 The Lords Of Avaris

The Lords of Avaris is one man’s journey in search of the legendary origins of the Western World.
Our story begins in a small rock-cut tomb below the desolate ruin-mound of Jericho in the Jordan Valley. This is the start of an epic journey of discovery, in the Homeric mould, which ranges across the ancient lands and archaeological sites of the Mediterranean. From Joshua’s Jericho to Romulus’ Rome, the true chronicle of our pre-Christian past is uncovered revealing an extraordinary historical picture, previously unimagined by scholars.
The epic legends of the West, which permeate the writings of Greece and Rome, appear to have been based on the exploits of genuine historical figures and actual events. There really was an ‘Heroic Age’ of brazen-clad warriors, the last of which fought before the walls of Troy, just as described in Homer’s Iliad.

The Lords of Avaris reveals these Classical heroes as flesh-and-blood characters from our ancestral past.

David Rohl is an English Egyptologist and the author of three best-selling books: A Test of Time, Legend and The Lost Testament which have been published in nine different languages. David also presented the internationally acclaimed television series 'Pharaohs and Kings' and the documentary 'In Search of Eden'. David is Director of the Eastern Desert Survey, responsible for recording the rock-art of Egypt's desert mountains between the Nile Valley and Red Sea. He is the organiser of 'Legend Conferences' in the UK and Egypt, as well as giving lectures around the world.

Praise for The Lords Of Avaris

It is refreshing to find an approach that genuinely seeks to see the 'big picture'. The book is extremely well-produced. It is an intriguing thesis'