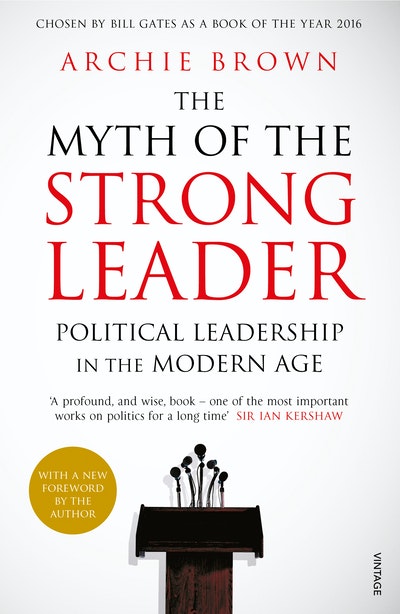 The Myth of the Strong Leader

Political Leadership in the Modern Age

WITH A NEW FOREWORD BY THE AUTHOR

An authoritative survey of political leadership over the last hundred years – from Churchill and Roosevelt to Stalin and Hitler, from Willy Brandt and Mikhail Gorbachev to Margaret Thatcher and Tony Blair – and a debunking of the myth that it is only the strong, single-minded leader who makes a difference.

* UPDATED WITH A NEW FOREWORD BY THE AUTHOR *

CHOSEN BY BILL GATES AS A BOOK OF THE YEAR 2016

Archie Brown challenges the widespread belief that 'strong leaders', dominant individual wielders of power, are the most successful and admirable.

Within authoritarian regimes, a collective leadership is a lesser evil compared with a personal dictatorship. Within democracies, although ‘strong leaders’ are seldom as strong or independent as they purport to be, the idea that just one person is entitled to take the big decisions is harmful and should be resisted.

Examining Franklin D. Roosevelt and Mikhail Gorbachev, Deng Xiaoping and Nelson Mandela, Margaret Thatcher and Tony Blair amongst many others, this landmark study pinpoints different types and qualities of leadership. Overturning the popular notion of the strong leader, it makes us rethink preconceptions about what it means to lead.

Archie Brown is a British political scientist and historian. He is Emeritus Professor of Politics at Oxford University and Emeritus Fellow of St Antony's College, Oxford. A Fellow of the British Academy since 1991, Professor Brown was elected a Foreign Honorary Member of the American Academy of Arts and Sciences in 2003. He has written widely on Soviet and Communist politics, the Cold War, and political leadership. 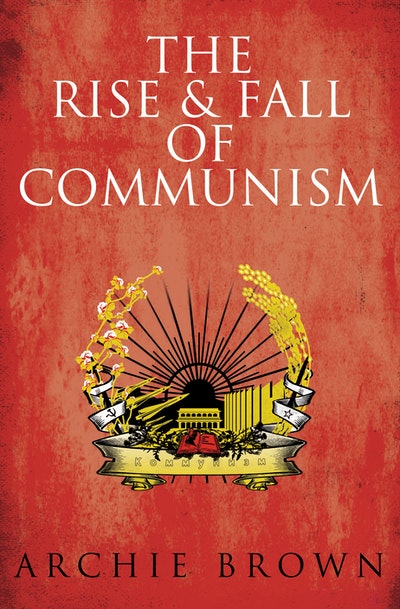 Praise for The Myth of the Strong Leader

A profound, and wise, book – one of the most important works on politics for a long time. On the basis of penetrating, wide-ranging analysis, traversing democratic and authoritarian systems, Archie Brown clearly demonstrates the commonly held belief in strong leadership as the answer to political problems to be completely, often disastrously, misplaced.

This book badly needed to be written, and only Archie Brown – with his unique breadth of scholarly knowledge combined with a finger-tip feel for real-world politics – could possibly have written it. It turns out that there are fewer strong leaders in the world than is often supposed and that many of them, far from being desirable, are positively dangerous. Perhaps the best political systems are those that are effectively "leader-proofed".

Anthony King, Professor of Government at the University of Essex and co-author of The Blunders of Our Governments

A brilliant analysis of leadership in democratic, authoritarian, and totalitarian states, Archie Brown’s The Myth of the Strong Leader draws on a remarkably wide range of examples and is distinguished by the relevance of its insights and by the precision and clarity of their exposition. It is an absorbing read that deserves to become a modern classic of political thinking.

Jack F. Matlock, Jr., author of Autopsy on an Empire, Reagan and Gorbachev, and Superpower Illusions

A magnificent achievement, The Myth of the Strong Leader combines bold conceptual analysis with vivid descriptions of leaders ranging from Stalin and Hitler to Roosevelt and Churchill, from Mao Zedong and Fidel Castro to LBJ and Nelson Mandela... This is a book which will be read with sheer pleasure by the general reader for its riveting insights and by students throughout the world as a lucid and witty guide to distinctive kinds of political leadership.

Hallelujah! For those of us in Leadership Studies the dry spells can be long long periods of time without sensational additional contributions to the field. Brown's is such a book, a gift to serious students of leadership, equally a gift to thoughtful practitioners. As befits a historian and political scientist of international eminence, Brown has crafted a sweeping survey of the field... This, finally, is a book that belongs on the shelf of anyone, everyone, who is remotely interested in the political dynamics of dominance and deference.

The best analysis of the nature of true leadership I have read.

For nearly a half century, Archie Brown has been one of our most perceptive observers of world leaders and their contexts, from Mikhail Gorbachev's Soviet Union to Margaret Thatcher's Britain and beyond. His message is that our virtues are in fact our vices. Being decisive, staying the course, and having a clear vision are lauded as the core requirements of good leadership - yet they have just as often blinded those in authority to the folly of their own choices. Established leaders as well as aspiring ones should heed the lessons in Brown's timely book.

This is a real triumph of scholarship and intellect - and brilliantly written. Archie Brown demonstrates how dangerous is the myth of the strong leader and he pinpoints the disservice it does to society. The book is awesome in the depth of its analysis and in providing truly indispensable insights.

A major comparative and revisionist history about political leadership in the modern world... Political leaders, commentators, professors and students looking for what good leadership requires, and does not require, can read this book with great profit and pleasure.