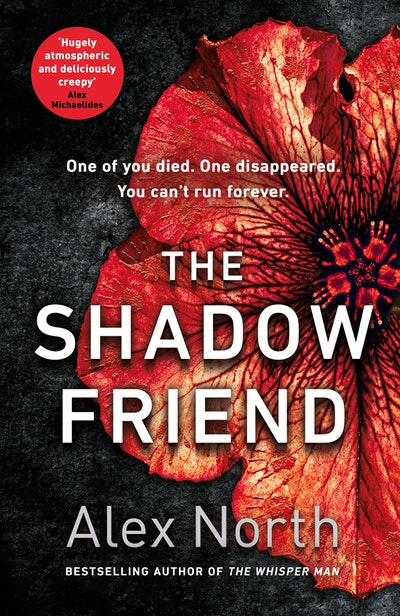 On the darkest corners of the internet, plenty of people still remember what happened: Charlie's crime has attracted a dark infamy.

Paul Adams can remember the case too - Charlie and his victim were his friends.

Paul left town as soon as he could, and he's never gone back. But then his mother, old and senile, takes a turn for the worse. Though every inch of him resists, it's time to come home.

It's not long before things start to go wrong. In the news, Paul learns another copycat has struck. His mother is distressed, insistent that there's something in the house. Someone is following him.

Which reminds him of the most unsettling thing about that awful day twenty-five years ago.

It wasn't just the murder.

It was the fact that afterwards, Charlie Crabtree was never seen again...

Praise for The Shadow Friend

The best crime novel of the decade

First it's spooky. Then it's scary. Then it's terrifying. And then . . . well, dear reader, proceed at your own risk. An ambitious, deeply satisfying thriller - a seamless blend of Harlan Coben, Stephen King, and Thomas Harris. My flesh is still crawling

A. J. Finn, no.1 bestselling author of The Woman in the Window

Alex North has achieved the seemingly impossible. The Whisper Man is a thriller that is both terrifying and utterly heartbreaking. Mesmerising and masterful

A dark, creepy, thriller with a huge amount of heart. Damn, but Alex North can write!