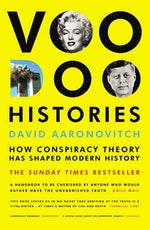 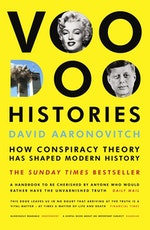 A stinging assault on the shocking, dotty and sinister world of modern conspiracy theories by the award-winning journalist David Aaronovitch.
There will be a new chapter on the anti-Obama birthers - a movement that is currently hitting the headlines

Our age is obsessed by the idea of conspiracy. We see it everywhere – from Pearl Harbour to 9/11, from the assassination of Kennedy to the death of Diana. Bookshop shelves threaten to collapse under the weight of texts devoted to proving myriad conspiracy theories true, while even quality newspapers and serious TV channels are prepared to give them credence.
For David Aaronovitch, there came a time when he started to see a pattern. These theories used similar dodgy methods with which to insinuate their claims: they linked themselves to the supposed conspiracies of the past (it happened then so it can happen now); they carefully manipulated their evidence to hide its holes; they relied on the authority of dubious academic sources. Most importantly, they elevated their believers to membership of an elite – a group of people able to see beyond lies to a higher reality. But why believe something that entails stretching the bounds of probability so far? Surely it is more likely that men did actually land on the moon in 1969 than that thousands of people were enlisted to fabricate a deception that they did.
In this entertaining and enlightening book – aimed to provide ammunition for those who have found themselves at the wrong end of a conversation about moon landings or twin towers – Aaronovitch carefully probes and explodes a dozen of the major conspiracy theories. In doing so, he looks at why people believe them, and makes an argument for a true scepticism: one based on a thorough knowledge of history and a strong dose of common sense.

David Aaronovitch is an award-winning journalist, who has worked in radio, television and newspapers in the United Kingdom since the early 1980s. He lives in Hampstead, north London, with his wife, three daughters and Kerry Blue the terrier. His first book, Paddling to Jerusalem, won the Madoc prize for travel literature in 2001 and his second, Voodoo Histories, was a Sunday Times top ten bestseller.

“Intelligent and hugely enjoyable... It is a serious inquiry into why conspiracy theories appeal, and aaronovitch's theories are consistently reasonable, persuasive and humane”

“A rich and fascinating account.... His unravelling of the theories is a model of common sense and responsible reasoning”

“Anyone who has toyed with suspicion over the accidental nature of Princess Diana's death, or the self-inflicted nature of David Kelly's, will have that flirtation brutally curtailed by Aaronovitch's caustic rationality”

“A useful book about an important subject”

“Voodoo Histories is as concerned with understanding conspiracies as it is with rebutting them, and Aaronovitch's tone throughout is that of the sage psychologist, his method that of the forensic historian”

“He is articulate, well-versed and a good writer; it's worth reading this whether you agree with him or not.”

“Aaronovitch aims to do more than expose popular nonsense”

“Aaronovitch aims to do more than expose popular nonsense”

“[Aaronovitch] is, broadly speaking, an enemy of conspiracy theories. He is also articulate, well versed in the facts and a good writer”

“Aaronovitch painstakingly dissects these and some of the other great conspiracy theories of the age and demonstrates with merciless clarity what utter tripe they are.”

“A serious, entertaining and shocking investigation into the stuff that conspiracy theories are made of. Aaronovitch guides us through the half-truths and speculation and examines the distrust of officialdom which fuels conspiracists' imagination.” 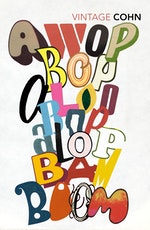 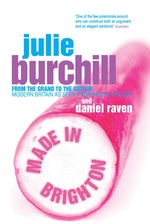