You Must Be Layla

With her long skirt and headscarf Layla certainly stands out at her new high school. Everyone thinks they know her, just from a glance. But do they? And does Layla really know herself?

Layla's mind goes a million miles a minute, so does her mouth – unfortunately her better judgement can take a while to catch up! Although she believes she was justified for doing what she did, a suspension certainly isn't the way she would have wished to begin her time at her fancy new high school. Despite the setback, Layla's determined to show everyone that she does deserve her scholarship and sets her sights on winning a big invention competition. But where to begin?

Looking outside and in, Layla will need to come to terms with who she is and who she wants to be if she has any chance of succeeding.

Jam-packed with heart and humour You Must Be Layla by Yassmin Abdel-Magied reveals a powerful new voice in children’s writing. Touching on the migrant experience and exploring thought-provoking themes relevant to all teens, this book shows the strength required to be a Queen with a capital ‘Q’.

Yassmin trained as a mechanical engineer and worked on oil and gas rigs around Australia for years before becoming a writer and broadcaster in 2016. She published her debut memoir, Yassmin's Story, with Penguin Random House at age 24, and followed up with her first fiction book for younger readers, You Must Be Layla, in 2019. Yassmin’s critically acclaimed essays have been published in numerous anthologies, including theGriffith Review, the best-selling It’s Not About The Burqaand The New Daughters of Africa.

Yassmin founded her first organisation, Youth Without Borders, at the age of 16, leading it for nine years. Since, Yassmin has co-founded two other organisations and now shares her learnings through keynotes and workshops. Yassmin has spoken in over 20 countries on unconscious bias and inclusive leadership. Her TED Talk, What does my headscarf mean to you, has been viewed over two million times and was one of TED’s top 10 ideas of 2015. 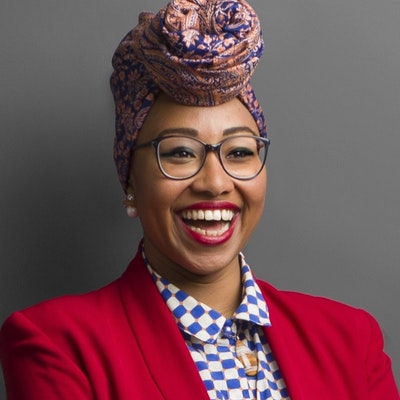 Praise for You Must Be Layla

Activist Yassmin Abdel-Magied’s first foray into children’s writing is brimming with social justice passion, punctuated on every page with millennial slang that will delight internet-savvy kids. Layla’s family speaks in their native tongue throughout and it’s fantastic to see this representation within a middle-grade novel.

A story told with warmth, wit and humour.

[You Must Be Layla] shines bright as an "own voices" story with author and main character both Sudanese-born Australians. There's no doubting the significance of readers being able to see themselves in the stories they read and – with Layla's family life and Sudanese culture, in an Aussie context, a focal point – many readers who don't often see themselves reflected, will here.

There are some really lovely positive messages in this book: the value of an encouraging teacher, warm and loving parents who provide sound moral and spiritual guidance, the importance of standing strong with true friends, sharing laughter and fun.

You Must Be Layla is a heart-warming story that will give young readers insight into the lives of migrants to Australia and the struggles with racism and identity that they grapple with . . . Layla is a wonderfully warm and vibrant character who will stay with you long after you have finished reading her story.

Abdel-Magied enthusiastically sweeps away outdated perceptions of who young Muslim girls are – and should be. Hugely likeable, it will not take long before you want Layla to be your best mate.There are many laugh out loud moments, alongside a heart-stopping situation that reminds you of the invidious nature of racism and sexism.

A fun and powerful debut.