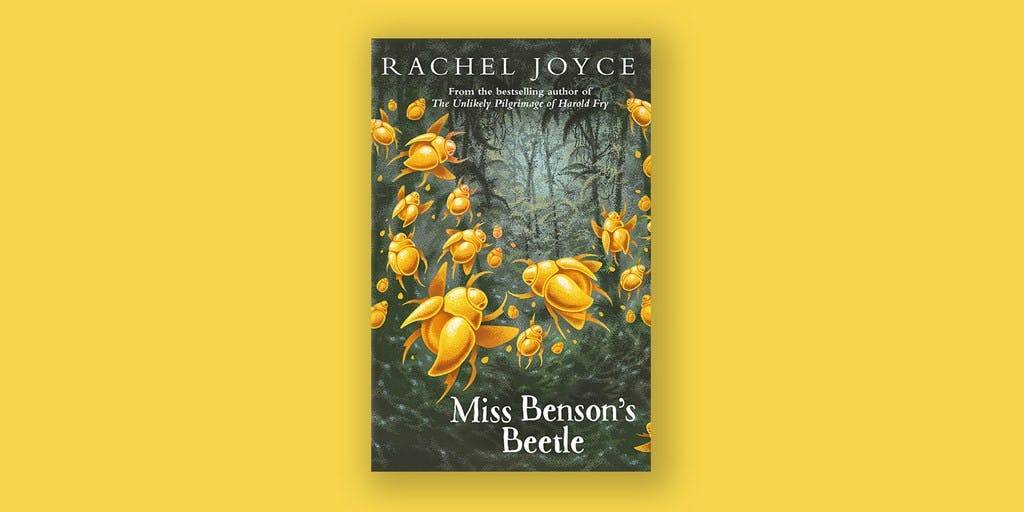 In your acknowledgements you say you were first inspired to write about a golden beetle by an interview on Radio 4. Can you tell us a little more?
I was in my car. I was listening to an interview about cryptozoology, which is in essence the search for animals whose existence has not yet been proved. The interviewer was giving the poor man a really hard time, almost laughing; so of course I felt empathy for him, especially when he said yes, he truly believed in the Yeti and the Loch Ness Monster. I began thinking about how you would look for a creature that hasn’t yet been found. And it struck me that as well as imagination – to think beyond what you know – it would also take knowledge, and tremendous courage.

I knew this was a story about renewal, and in Ancient Egyptian mythology the beetle is the symbol of exactly that. Just like the sun that sets in the dark and then rises again, the scarab lays its eggs in a ball of dung and rolls it to a burrow, until the new beetle finally slips out.

Bingo. I would send a woman on the trail of a golden beetle that no one had found.

Was it essential for the beetle to be in New Caledonia? Could this story have been set anywhere else?
New Caledonia is rich in minerals, flora, fauna and insect life. Having said that, the book could have been set anywhere in the world – originally it was supposed to be set in the UK, but that felt too close to what I know, and then France, but so many novels have already been successfully set there. I wanted to put myself and my characters (and my reader) beyond the confines of what we knew. I wanted to make my imagination really work hard.

Margery is just three years younger than the year in which we find her. She is forty-seven. We begin in 1950. She is the product of her age. What made you decide on 1950?
1950 was a time of collective exhaustion after two terrible world wars. I began to read and think about all the women who went through the First World War as children, and lost fathers, brothers, uncles, only to be confronted by the Second World War, where they lost husbands, fiancés, friends.

My grandmother married a man she didn’t love because the man she loved had been killed. I had an Aunty Edith who wasn’t really an aunt but who must have been one of my grandmother’s unmarried friends. She would have been a similar age to Margery. She lived with her sister, who was unwell. (She wrote me letters in which she called me ‘The Window Girl’ because I liked watching from my window.) I know her life was hard.

In so many ways Margery and Enid are polar opposites. And yet by the end of the novel it is almost as if they have merged. They have taken on each other’s characteristics. Does this say more about aspects of femininity or friendship?
In order to find the thing they want, Enid needs to find the Margery inside her, and Margery needs to find her Enid. They need one another in order to become the thing they want to be.

This is true of all of us. In order to become who we are truly are, we need to embrace the parts of ourselves that are hidden and underdeveloped.

How much do you feel your central women characters – Margery, Enid, and perhaps even Mrs Pope – are defined by early relationships with men?
I do not believe they are defined purely by the men they have met. They certainly have been shaped by them in some ways. But I think that who these women are comes from where they began. Margery has a mother in mourning, and an adored father who chose to kill himself. After that she has only her mother’s silence and her aunts’ refusal to discuss anything whatsoever. She does not know how to say what she feels. She doesn’t really even know how to feel it.

Enid is cagey about her beginnings. We know she lost her parents at a young age. We know she was passed between families and possibly abused.

And Mrs Pope was not given the opportunity in life to make mistakes or follow her creative path. The theatre did not happen for her – she was probably an appalling actress – but she had an instinct to speak Shakespeare, to play, and that was taken away from her.

Having said this, there is no doubt in my mind that a woman like Margery would have been deeply wounded by her relationship with the professor. (And I, of course, am asking myself why she chose to fall in love with an older man, about the same age as her father.) A damaged relationship is not something to be taken lightly.

It is her instinct, her unconscious will to survive, that makes her pick up those great big boots and walk out of her awful life.

Enid accuses Margery of lacking gumption. Is this fair?
No. But they’re having a row. People say outrageous things in rows.

At the end of the novel, Freya thinks: ‘the real failure as a woman was not to try’. Is that need to try, to be brave, essential for all women? Just women?
It is essential for us all. But I think women have been behind on this one. I am not saying, 'live your dream!' But I am saying be true to the creative part of yourself, because no one else can do that for you. It takes tenacity and determination to bring about change and become who we truly are; especially now. (And by that, I don’t mean become rich and famous.)

Men don’t come out of the novel very well. Was this an aspect of the novel that was clear from the beginning?
I said (to myself) from the beginning that I would write an adventure story for women. I looked at all the old classic male adventure stories and thought about how I might use and retell them. I set the novel at a time in history when there had been two world wars; when both men and women had suffered, and in many different ways. But on the whole – and this is a gross generalisation, so please bear with me – there were men who had seen atrocious acts of barbarism they could not unsee, and who could not find their way back to civilised living. It was a broken time.

I love writing male characters – though I would argue that my best ones are in touch with their feminine side. This time, I felt I owed it to myself, my daughters, my friends, to write about the things I live and breathe, and to celebrate them. And that is women.

Primarily this a book about women and yet Mr Mundic plays such an important role. Was he always in this story? What is his role?
Mr Mundic came to the story all by himself. I didn’t invite him. I had a lot of difficulties writing the chapter where Margery interviews her applicants – in particular, her second applicant (a demobbed soldier) who was simply supposed to turn up for the interview, make a hash of it, and then leave the book, thank you very much. He kept demanding my attention, until he had way too much book-space for a walk-on part. Then I got up early one morning and began to write a chapter about a man following Margery – I was just going with some sort of instinct – and there it was; I saw he was the man in the teashop who wouldn’t stay small.

He is a narcissist. He believes everything revolves around him. He is dangerous because he has seen too much horror to know how to fit back into a civilised place.

There is a Post-it note stuck to the window above my desk. It says, ‘Without powerful opposition storytelling is trite.’ (And there’s another that says, ‘Every action has a consequence', not to mention the one that says, ‘It has to be plausible, not possible'. Thankfully I have other less terrifying Post-it notes reminding me to do things like send an email to a friend.)  But back to opposition. On the whole, I think it comes from a place of doubt inside us, but Mundic is a powerful foil to Margery. Like her, he comes from a place of disconnection. Unlike her, he does not overcome it.

And by the way, Mundic is a term used for building blocks made of waste mining material. They are not stable.

One of the key things we learn about friendship is that it is about accepting secrets and surprises – the unknowable. What else do you hope Margery and Enid’s story will teach us?
The word vocation comes up a lot. It’s not a word I use lightly. It comes from their love for life. Margery and Enid both have a sense of what they need to do in order to realise their full selves.

Can you tell us anything about your writing process?
When I start to write a story it’s like finding an empty house in the middle of a wood, where the doors and windows are barred, and there’s no way in. So I circle it and I circle it, and eventually maybe I find a little crack, the smallest opening. When I am writing a book, it is with me all the time. It calls my attention, even when I am asleep.

I don’t write in a linear way. I can’t. So I just listen to what comes up. And by the end I have a load of ideas and little scenes and observations and I begin to try to see how they might fit together. Finding the beginning is the milestone – the moment you understand how to guide the reader into a story. It’s such a relief when you find that. And I often write the end way before I have arrived there. For me, the beginning and the ending are directly related; one is a call to the other. I just have no idea how I’m going to get there.

Do you think Freya will find Gloria? Or do you hope she’ll find her own beetle?
I think she might find both. But this is the joy of books. I can think one thing, you can think another. Our differences can meet through books. 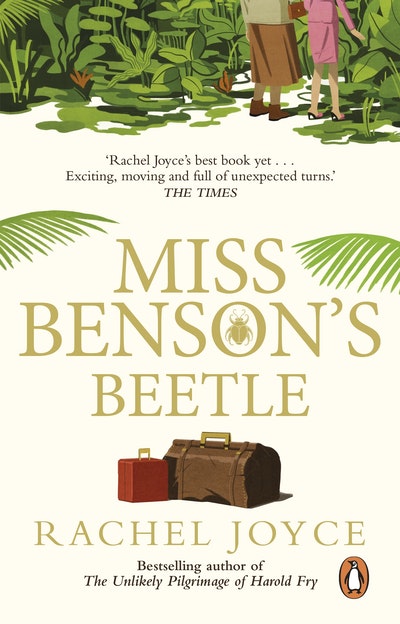 The bestselling author of The Unilikely Pilgrimage of Harold Fry delivers an intoxicating adventure story about female friendship and the belief that the impossible is always possible, even in the most unlikely of circumstances.