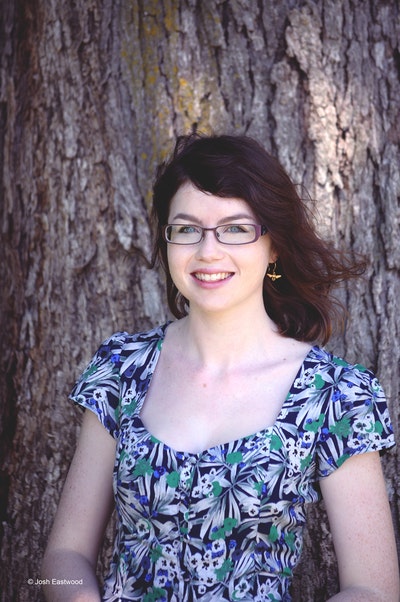 My mother was a half-Balinese, half-New Zealand blend of Maori-whaler-Polish missionary. Half of her body tugged towards the beat and roll of the waves eating the stories of their lives into the sandstone cliffs of Northland, and another half yearned for the electric green tropics she never had the chance to see. Before she died, she lived with my dad and me in one of the last curves of land beyond which the cliffs of Cape Reinga marry dark Tasman with bright big Pacific.
Sometimes my dad took me to collect crayfish where the sand was white and the blues of the sea mixed (a celebration of turquoise for the Pacific, a more moody grey-blue stolen from the mountains and the feathers of seabirds for the Tasman). Every time I went out to the sea, I thought of these lines from a song my mother sang:

That’s all she remembered about the song, which was about a sea goddess far away who stole children who got too close, and she remembered it in English, not in the language that it was supposed to be sung in — the language of the part of her that hated the sea while the rest of her wanted to always, always keep it in her sights. This was a song from her Bali mother, who came to New Zealand as a teenager all rugged up against the cold, even though it was summer when she arrived. Wherever she moved, she left little offerings of rice and sweets on her doorstep for the spirits, until the neighbours complained that they attracted mice. Then she left them in front of her bedroom door instead. The spirits could still find them there. She met my grandfather while picking apples down south and together they made their way up North, where they hoped the sun would find them, too.
It was up North that their daughter met my father. My father loved the North, but after my mother died (breast cancer, peacefully, Dad would say if ever asked), he and I didn’t have anyone left there. Any relations still alive had moved to Auckland or Australia, and so once again the family (just father and son now) moved in search of warmth. Always, always we are a warmth-seeking family, though my Bali grandmother had to find cold first to know how precious warmth is.
This is how we arrived in Hervey Bay, Queensland, where Southern Australians go to retire in caravans and complain about the Great Immigrant Problem that’s nibbling the gold sand away from under their toes. My father had a friend of an uncle there who promised that he could have a job fixing cars with him, though that turned out to be a lie. And that’s where I met Fishing Boy and where I finally understood my mother’s song.

Fishing Boy was called Fishing Boy because he was once a boy and he always went fishing. People would yell out to him as he cycled past every morning: You fishing, boy? I think he must have been getting close to my Dad’s age when I first knew him, perhaps in his thirties, but I guess there is always someone older than boys to call them boys. Now, looking back, I see the child that perhaps the retirees saw in the man whose clothes didn’t fit and whose biggest dream was of fish.
He cycled down to the pier every morning on his bike. It was a tricycle, but not like a child’s one. At the back, it had a chilly bin (or ice box, esky, whatever you call it in your brand of English) for his fish and bait and ice. That tricycle could hold all his rods, too, and he had twelve of them sticking up out of their holders. I’m not sure how they were attached, but they were. Plus a few hand lines for good measure. The tackle box with his hooks, always shiny, was roped with a green cord on top of the ice box. To finish it off there was his knife, strapped to his leg as if he were a diver. He always wore swim shorts and a green t-shirt that shouted SAVE THE APES in big block letters. I think those were the only clothes he owned, though maybe I’m forgetting some occasional wardrobe changes that didn’t seem important at the time. I do know that he wore the same necklace every day — a carved pounamu pendant that he said he got off a backpacker once.
Does it bring you luck? I asked him one day, after we were on speaking terms.
Depends what you call luck, he said. It brings me fish, at least.
Cultural appropriation, Dad said. Ignorant bugger.
You don’t know where he comes from, I said.

But, in the morning, there were sirens, faintly. They found Fishing Boy on the beach where we had seen him last. The official report was that he died in an accident. No foul play, said the newspapers. I knew it, said Mia at the dairy. Poor Bugger.
Saw that one coming, said Glen.
The sirens collected Fishing Boy and left the beach. His obituary was in the newspaper that week. A Free Spirit it said under his name and death date. Frank Owen Bolger was his real name. No one knew his birth date, not even Glen, who paid for and wrote the obituary.
Nate, Jase, and I went to the funeral. Just for the food, said Jase, and we nodded with him as we stuffed our pockets with reheated mini sausage rolls, which we didn’t end up eating anyway.
A nice funeral, said Mia. A real tribute. Pass me a light, will you?
We smoked outside the church until Glen and his brothers loaded the coffin into his truck, and it went off to some graveyard. I never found out which one.

Got a job, boy, said Dad a week after Fishing Boy was buried. And, for that moment, there was one stable board beneath us, bearing our weight. For that moment, my life seemed miles away from Fishing Boy.
So my family moved north again, this time to the Northern Territory of Australia, where on a clear day there’s a cliff you can stand on and see one of Indonesia’s many provinces. I like to think that there’s something important in that, though the only way I’m really becoming closer to my mother and grandmother is to fear the sea. Here the jellyfish swim thick in the mangroves, and here is where those crazy late-night survival specials on the Nat Geo channel are likely to be set.
Dad and I left so fast that I didn’t get the chance to talk to the other boys again after the funeral, and this made me relieved. It meant I could invent tidy endings for them, like the kind of endings found in history books, even for TK.
But, years later, I still think of Fishing Boy and how what we did that day is one of the first decisions we boys all made that we couldn’t go back and change. When I think of him, I can’t get my mother’s song out of my head. I used to think this song was about tempting fate or taking risks, but now I see that it is more of a warning against getting so used to something that you start to think it belongs to you, that it will act the way you want it to every time.
The thing that really gets me is that Fishing Boy trusted us until the end. I saw his eyes right before he went over the side, the moon and stars were that bright. Those eyes didn’t believe he had just been killed. Deep down maybe everyone thinks they’re invincible, or at least you believe that the guy who shared sandwiches and fags with you isn’t going to be the guy that leaves you for dead.
If I could go back and change one thing I did, this is what I would say, but I would say it to myself, not to Fishing Boy: stay away from the pull of the sea. Never wear blue and green.

© Bonnie Etherington. An earlier version of ‘Fishing Boy’ was first published by Headland literary magazine in 2015.
Bonnie's latest novel, The Earth Cries Out, is out now at all good bookstores.

[1] Based on a song of Nyai Lara Kidul, Goddess of the Southern Ocean